Ah, children.  If you append the name of one child to a dish, the other will someday ask, “Why didn’t you ever name anything after me?”  Ergo Roxanne’s Balsamic Chicken with Olives.  When our son graduated from college, one of the first things he bought was a pressure cooker.  Without a job, he knew he could at least survive on beans and various grains, and as his prospects improved slightly the pressure cooker saw him through successful iterations of Oliver’s Chicken Stew, which made him a culinary hero to his equally impoverished roommates.  Our daughter turned 18 this week – sob – and reminded us that she needed a dish that she could take with her to college, something within her skill set that might make her a culinary goddess to her future roommates, something with her name on it.  This preparation goes back 25 years, to the restaurant where Jody was first a chef, Michela’s, in Cambridge.  At the time there were two ways of serving duck in high-end restaurants – roast duck with a sauce involving oranges or cherries, and seared duck breast served in thin, blood-rare slices.  Jody wanted an alternative, and this marinade and sauce, with balsamic vinegar, rosemary and green olives was born.  The duck followed her from Michaela’s to Rialto.  The marinade, however, has slipped the bonds of its canardish coil and found its way to other dark meat poultry, namely chicken thighs.  The recipe can be used with turkey thighs as well, and easily doubles or triples if you want to make a batch for a dinner party – all you need is bigger pan for the oven.  Newbie cooks can avail themselves of various options with the recipe according to their skill and confidence.  Marinate and roast.  Marinate, roast, make a sauce.  And finally, marinate, roast, and make a side dish like seared baby bok choy which you can also flavor with the sauce.  Add rice, farro or polenta and you have a dinner for 4.   Skip the starch and you have a feast for a pair of famished Valentine’s Day lovers.  Either way, a young woman with an empty purse still finding her culinary legs might not have much money, but with this recipe in her pocket she’ll never be be poor.  Enjoy.  Ken

I’d like to thank Gina, of Gastronomiette, for directing me to Garden Betty’s Vietnamese Preserved Lemons and Salty Lemonade.  The Vietnamese don’t squeeze their lemons or rub them with salt; instead, they simply cover the quartered fruit with a salt brine.  Gastronomiette, by the way, has one of the quirkiest, most interesting food sensibilities of any 17 y.o. I’ve ever encountered.  Her blog’s definitely worth a visit , especially if you don’t know what “finger limes” are.

Julie Bredy, of Bergamot Orange, does a great job in Preserved Lemons of presenting the bury-them-in-salt method, but what I really like about her post is its exhaustive list of uses for preserved lemon, a few of which I’ve never encountered (yogurt?!).  The list is a reminder of how well this ingredient will serve you, if you just keep asking yourself the question:  What would a little preserved lemon do?

Sometimes as a chef, you’re lucky – or cursed – depending on how you look at it, and hit on a recipe that your clients won’t let go.  That’s the story of the duck at Rialto.  In my first job as a chef I created a duck recipe that, for better or worse, has become permanently associated with me.  No matter where I’ve cooked since then, I get the same questions from clients: “You’re not going to change the duck, are you?”  “The duck’s going to be on the new menu, right?”

Fast forward 25 years to Rialto, where the duck’s still on the menu.  On nights when Roxanne’s home alone I’ll get a text from her around 8:00, asking her which restaurant I’m at, when I’ll be home and can I please bring her something to eat.  If I’m at Rialto, she wants one of two things – the Penne Bolognese, or the Duck.  I will dearly miss those texts when she leaves home this year.  She graduates in the spring.

It’s unlikely she’d attempt a whole roasted duck in her first years away from us, but she would try a chicken.  This recipe: the duck marinade and sauce, with chicken.

Roxanne, my best girl, this is for you.  xox

Some parting advice.  Don’t try to speed things up by roasting the thighs at a higher temperature – they’ll get dark too quickly and might burn.  No need to salt the chicken – the soy sauce does that for you. Multiply the recipe.  Leftover thighs are delicious the next day. 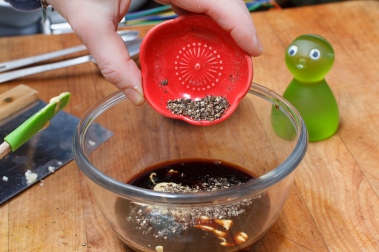 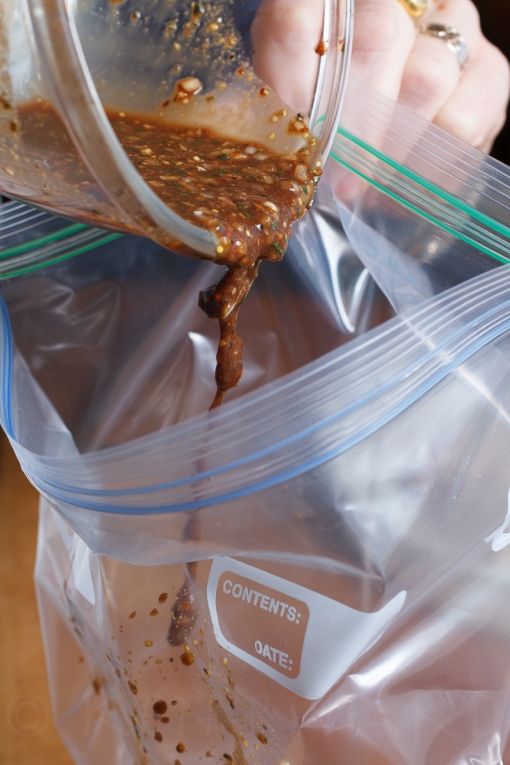 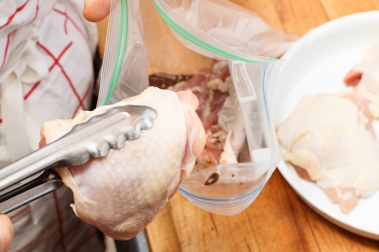 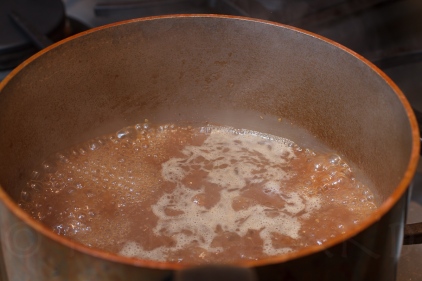 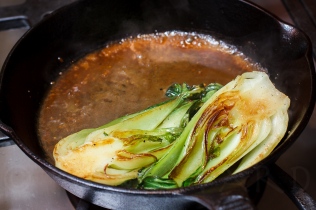