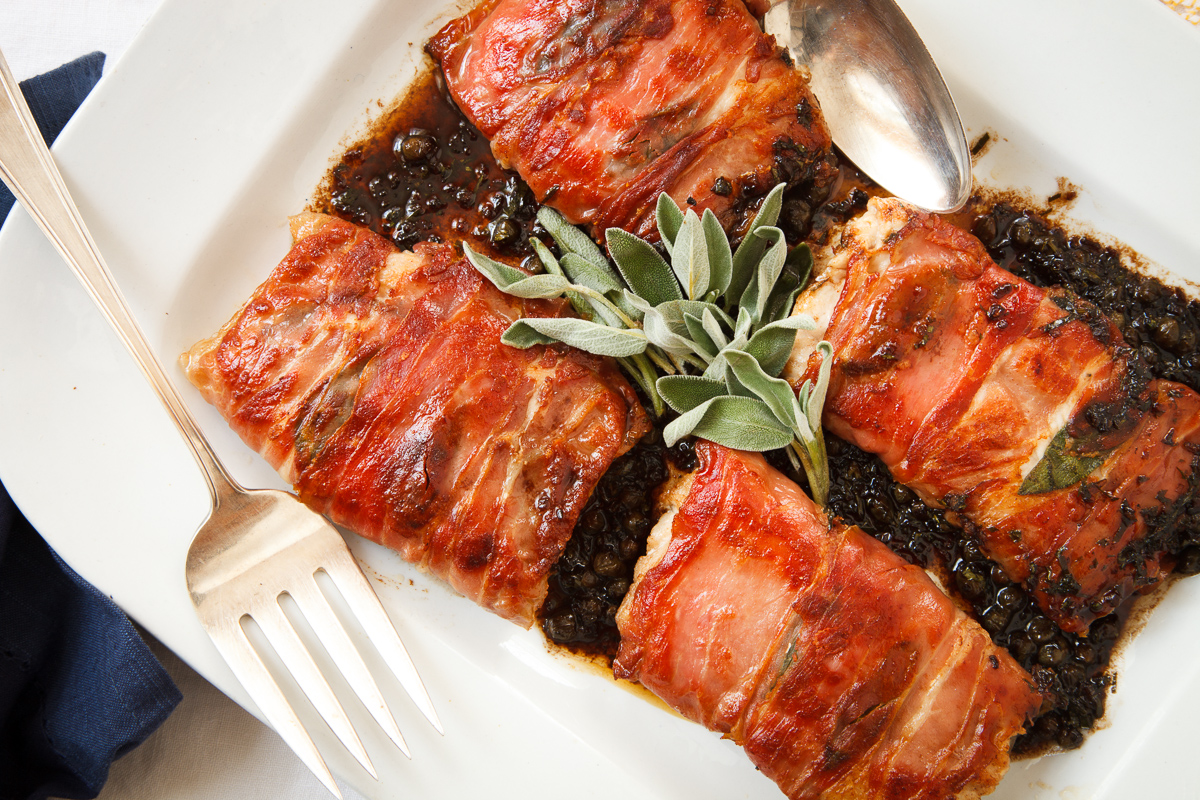 Tackling your first scaloppine recipe is a bit like being handed the car keys for your first night driving solo, an event occasioning braggadocio tempered by  a gruff fatherly warning, Don’t screw this up.  Your skills are on display.  Since the dish is cooked just a few minutes before eating, it necessarily involves a bit of brinksmanship.  If it doesn’t work, well, there’s always pizzaphone.  The thing is, despite appearances there’s not much chance of that happening.  The risk is illusory.  This week’s Pork Scaloppine with Prosciutto, Capers and Sage is guaranteed to have you home by midnight.  Plus, you’re going to look really good. 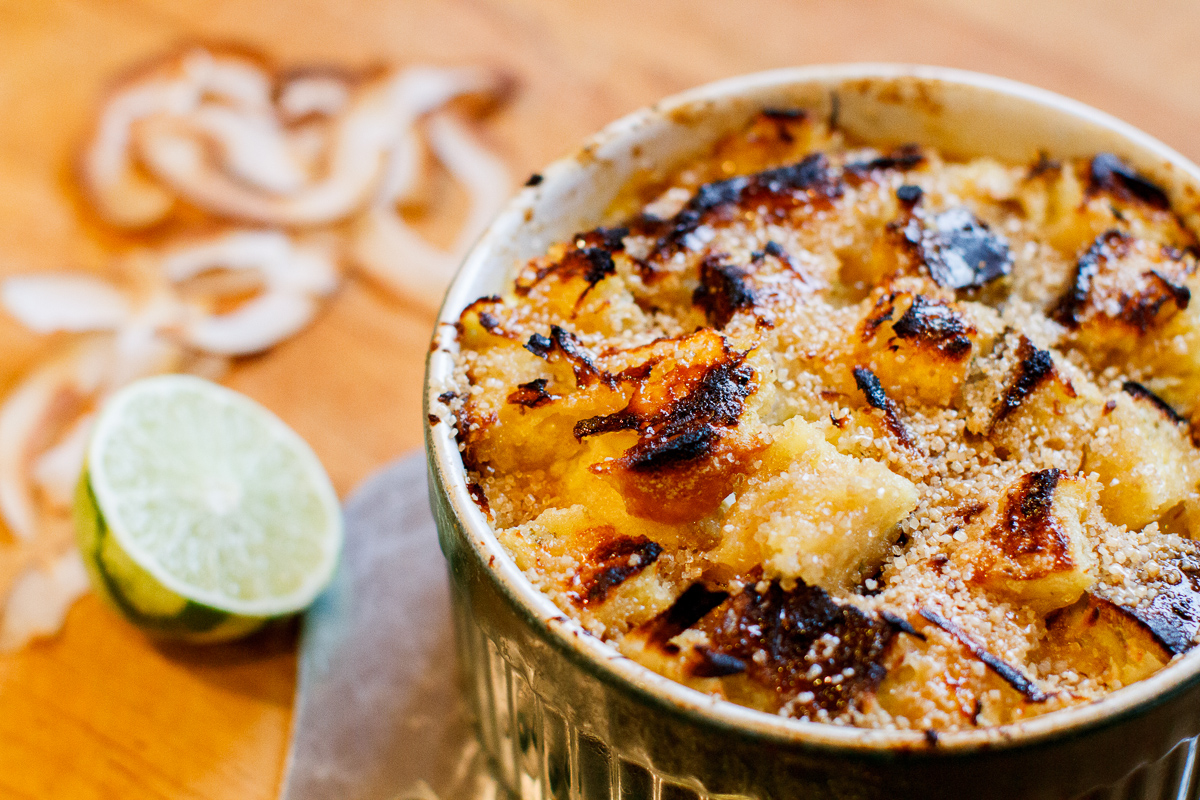 Although our trip to Haiti wasn’t about food, we had hoped to reflect some Haitian flavors in this week’s post.  Plantains, for example, are ubiquitous.  You can’t drive for ten minutes in the Central Plateau without passing fields of what look like bananas that fell asleep downstream from the nuclear power plant and woke up with anger management issues and a family resemblance to the Hulk.  Baskets piled high with green behemoths are a common feature at every market.  At some point we’ll do a piece on green plantains, which we ate every day, but we reserved this last post in our current series on pressure cooking for dessert–and green plantains have no place in a dessert.* 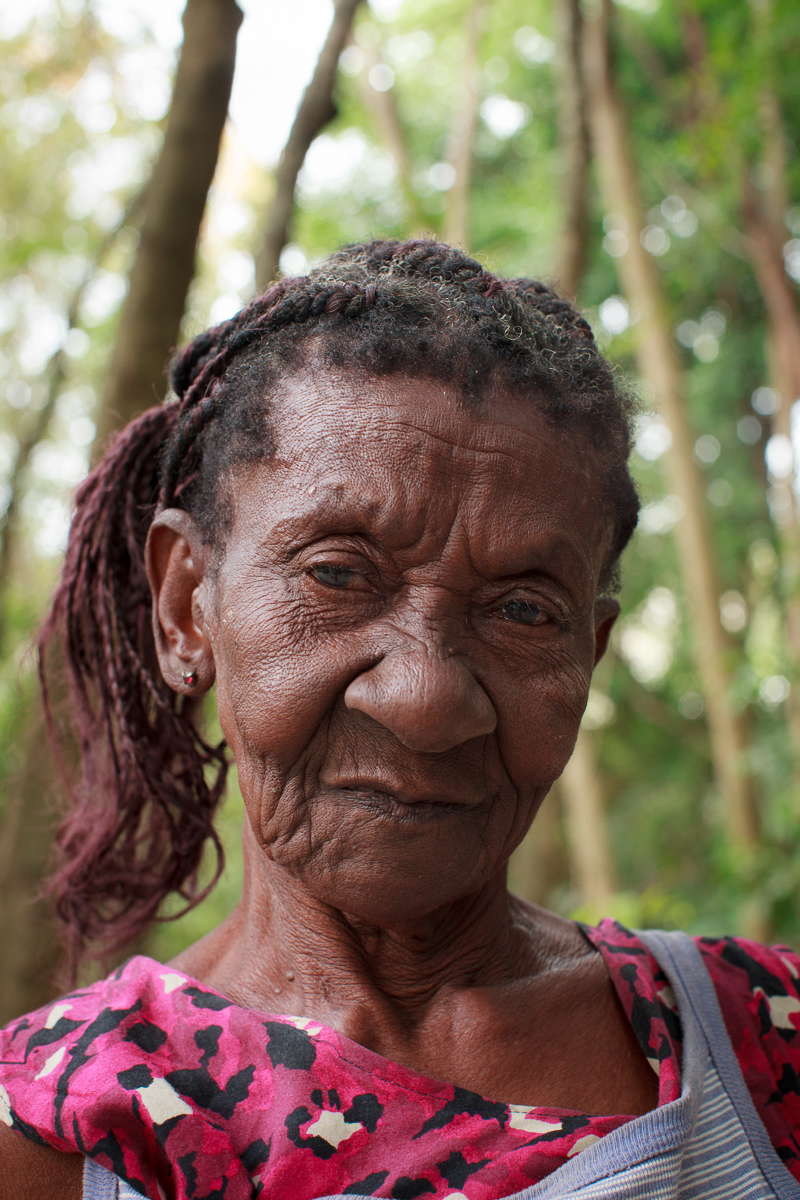 In February Jody and I and our two children Roxanne and Oliver, along with an old friend and great travelling companion, Bette Ann Harris, spent five days in Haiti.  Jody, who visited last year, wanted to check out Partners in Health’s new hospital at Mirebalais as well as see a bit of Haiti beyond the medical facilities.  BA, professor emerita of physical therapy at Massachusetts General Hospitals’s Institute of Health Professions, wanted to see the physical therapy program in action she designed with Andree LeRoy, PIH’s director of physical rehabilitation in Haiti.  Oliver, Roxanne and I were along to have our eyes opened.

After this week you might be forgiven for thinking that we’ve changed our name to Mastering the Art of French Carroting, or perhaps Babette’s Carrot.*  The prominence of carrots in the last three posts  was pure happenstance, answers to the question: What do we like to cook in the pressure cooker?  Turns out carrots figure in a lot of what we like, including this week’s recipe, Oliver’s Chicken Stew.

Something discordant this way comes.  It happens in every kitchen, if you cook together long enough.  Jody and I did a Dagwood and Blondie over today’s post, Risotto with Kale Pesto, made in a pressure cooker.  My willingness to fudge things a bit for a weeknight dinner versus the cruel exactitude of a restaurant chef.   As Jody not so delicately summed up our contretemps: “You’re the photographer. [Ouch!]  I’m the chef, and my reputation is on the line.”  Guess who got the broom in the back of the head?