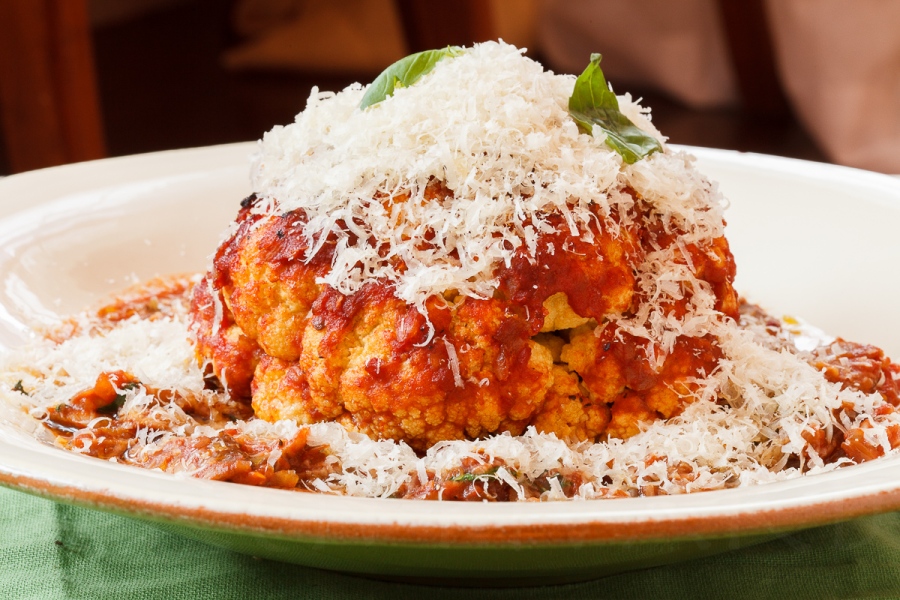 Vegetables never ranked high in my juvenile estimation, and cauliflower occupied a particularly low rung on the ladder, beneath broccoli but definitely above rutabegas.  Everybody behaved as though cauliflower were a deviant vegetable, safely edible only after an extended baptism in a volcanic bath to exorcise its cruciferous demons.  This reduced it to a watery, insipid mess, the kind of thing found in ANGELA’S ASHES or PORTRAIT OF THE ARTIST AS A YOUNG MAN, on the PRIVATION section of the menu.  Like orange juice in small glasses, it was one of those things I immediately abandoned as soon as I was on my own.  Jody reintroduced me to it, Italian style, after we began living together, shocking me with how good it was.  For years our favorite way of preparing it was to roast it with olive oil, often with a bit of flash like pine nuts, a few currents or golden raisins and a pinch of hot red pepper flakes.  In recent years we’ve liked it with anchovies, and then Jody came along with this full-throated southern Italian approach–Roasted Whole Cauliflower with Mushrooms, Anchovies and Tomatoes.  If this dish doesn’t make a convert of you you haven’t got a tongue in your head.

Side dishes in an Italian meal, usually vegetables, are called contorni, the plural of contorno, which in other contexts means the outline or shape of something.  Ergo,  vegetables lend shape and definition to a meal beyond the meat or fish at its center.  Contorni may accompany a main dish, act as a separate vegetable course preceding the main course, or be included with the antipasti.  Part of this cauliflower’s appeal for me is it’s unabashed retro presentation.  You expect it to appear in the great restaurant film BIG NIGHT, the head of cauliflower expertly divided at table and spooned on to diners’ plates by a black-jacketed Stanley Tucci as Volaré fills the room.  Enjoy.  Ken 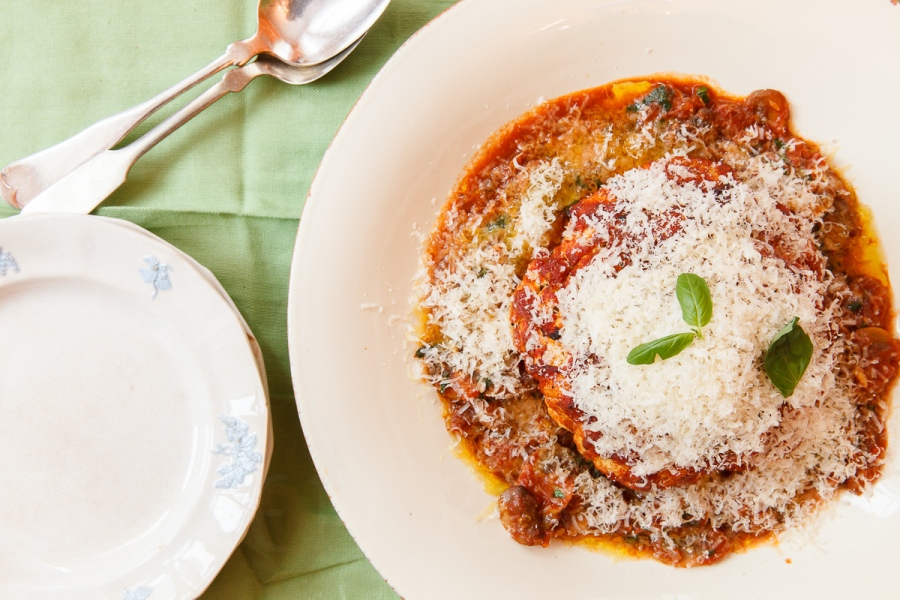 My grandmother, Gammy, taught me to love cauliflower 100 years before it was cool.  At the time, there were 2 popular ways to prepare it: raw, with some goopy dip as a crudite; or boiled and boring.  Gammy did neither.  She blanched the cauliflower, then baked it in a casserole with béchamel sauce, sautéed mushrooms and onions, and topped with crispy breadcrumbs.  I came across no better recipe until I learned from the Italians to simply toss cauliflower pieces in olive oil with salt and pepper and roast it until caramelized and nutty.

And now… who knew that whole roasted cauliflower would be elevated to center stage?  It’s everywhere.  Cauliflower can be a bit tricky roasted whole–if the central stem is cooked through, the exterior florets are often overdone.  If you cook it just to the point where the florets are done, then the core will be tough.  Blanching helps even things out, but adds a step.  To roast it evenly without first blanching, core the stems with a melon baller (see the photos).  Roast, covered, at a low temperature for two-thirds of the cooking, then finish cooking uncovered at a high temperature.

You could serve this as a first course, followed by grilled fish or lamb.  But in a break with tradition, you could also make it the center of a veggie-centric meal.  All you need is a grain and a salad. 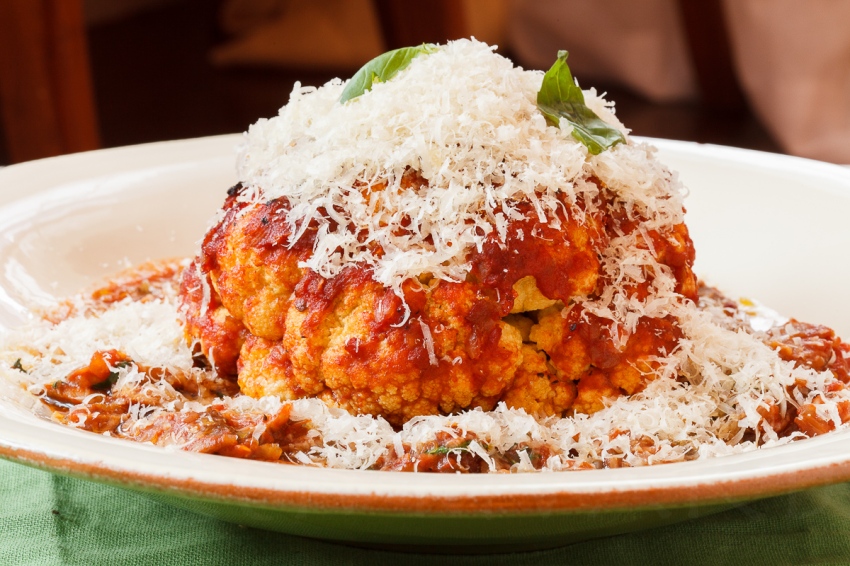 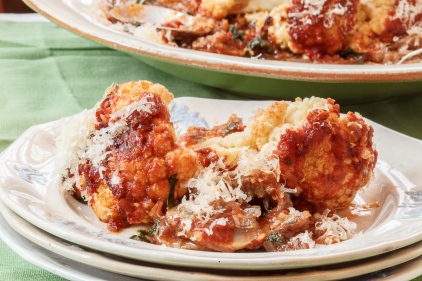 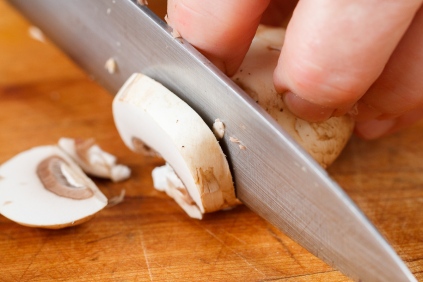 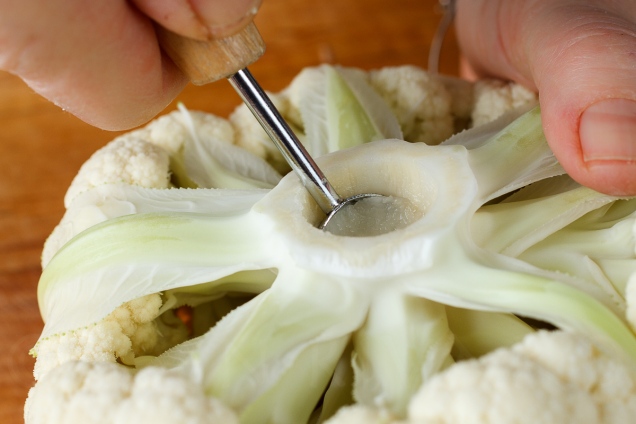 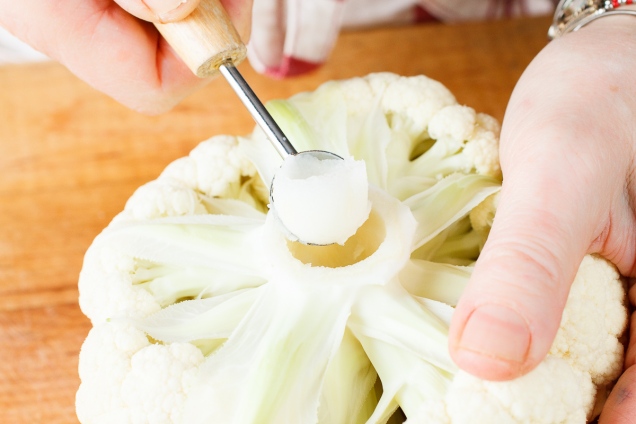 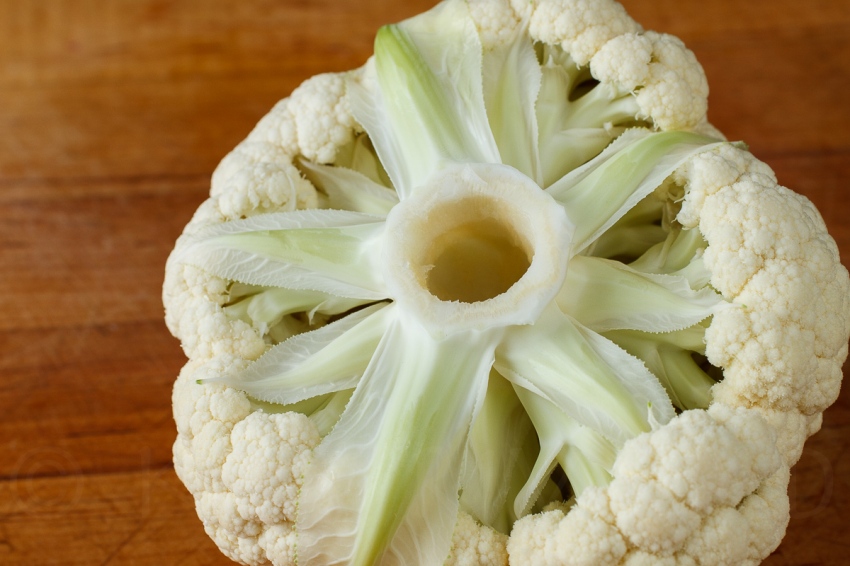 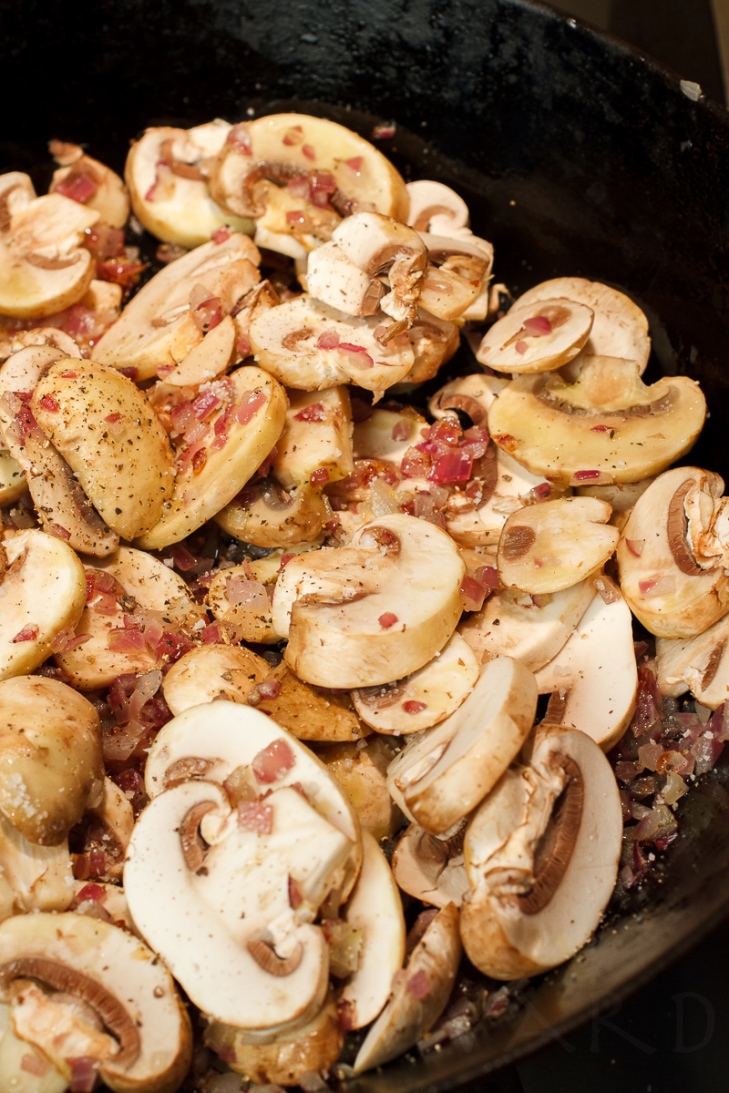 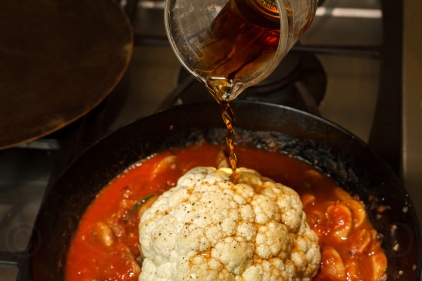 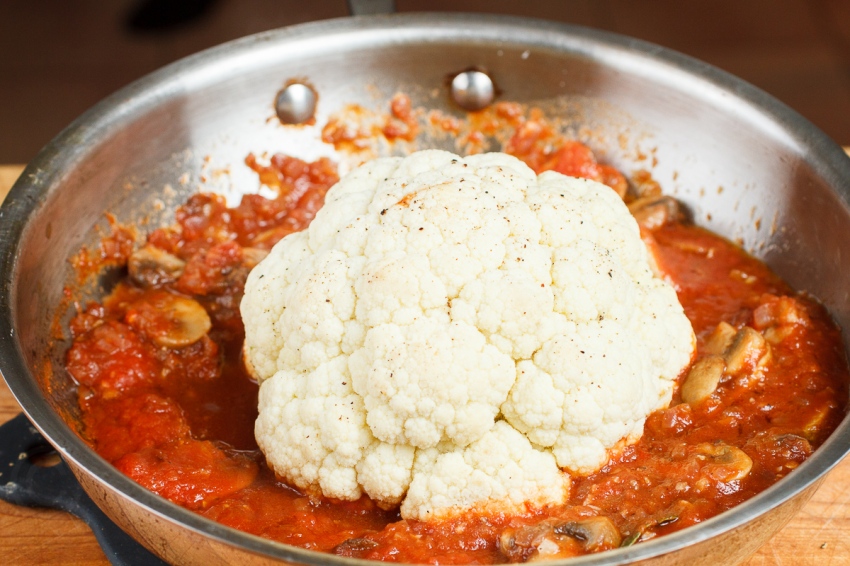 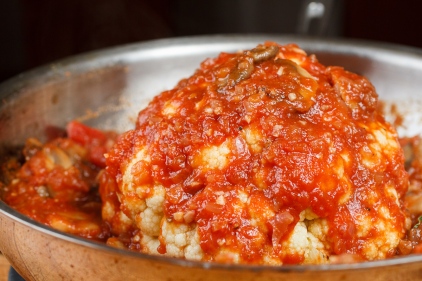 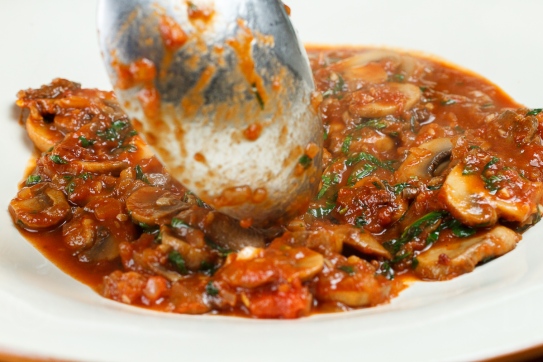 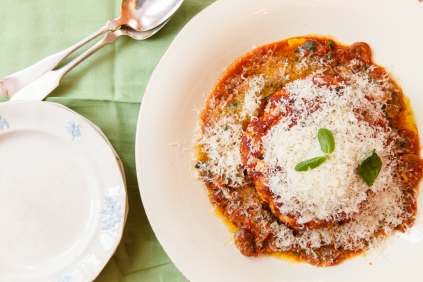