Jody cautioned me not to create any titles with “babies” and “blood” in them.  Then she made the tactical error of going to work.  Herewith Dutch Babies with Blood Oranges.  Oh sure, like you wouldn’t have done the same thing?  Besides, after last week’s Attack of the Devil Baby* prank on New Yorkers, I figured you could handle it.  What’s a little shudder when these “babies” taste so good, when the payoff is having a hot air balloon collapse in front of you, its final gasps scented with vanilla, cinnamon, orange and lemon?  What name would you choose for this wheezy pastry–Dutch baby or German pancake, the main alternative?  Dutch babies sound playful, easy, maybe even good for you.  German pancakes, whatever their other virtues, convey an air of seriousness.  “Time for German pancakes!” could be a euphemism for “Let’s build a railroad through the Black Forest.”   So what’s your choice?  Light-cuddly-easy?  Or Heavy-serious-Hans-Henry-was-a-steel-drivin’-man?  Right.  Dutch babies it is.  And don’t forget the blood oranges.

Dutch babies are but one of the many inflatable variations on the flour + eggs + fat theme (I almost wrote meme there) that embraces all manner of edible delights, including German pancakes, Dutch puffs, Bismarcks, zeppelins, Yorkshire pudding, crepes, etc.  The name is an oddity, but once you understand that if in ghastronomy the English boil their babies (and the Irish eat their impoverished infants)**, why wouldn’t some enterprising cook casting about for a way of insulting a foreign rival combine cannibalism with his enemy’s nationality? Why not the Dutch?  Sadly, this seems to have nothing to do with the true etymology.  According to Wikipedia the appellation is an American invention dating from the 1900s and the “Dutch” part of it was in reference to “Pennsylvania Dutch,” who are really deutch, which in turn lands us back in Germany, dragging railroad ties through the Black Forest.

We ate our Dutch babies in two ways–whole, collapsing, pre-dusted and fruited elegantly, with knife and fork; and whole, collapsing, dealer’s choice with the blood orange supremes and powdered sugar, and tearing into the still warm baby with our fingers.  We much preferred the latter.  Enjoy.  Ken

*If you have yet to see the “Attack of the Devil Baby”* video, despite its appearance on the evening news, be forewarned.   While it isn’t gruesome or horrific, it is QUITE startling, and not suitable for young kids.  A series of ordinary New Yorkers investigate a seemingly abandoned baby carriage from which cries can be heard… and then, hehe, the fun begins, recorded by hidden cameras of course.  All part of a marketing campaign for a new horror movie.

**Jonathan Swift didn’t actually assert that the Irish ate their babies, he only suggested it as a solution to Irish poverty in A Modest Proposal, claiming an American inspired him with the idea. 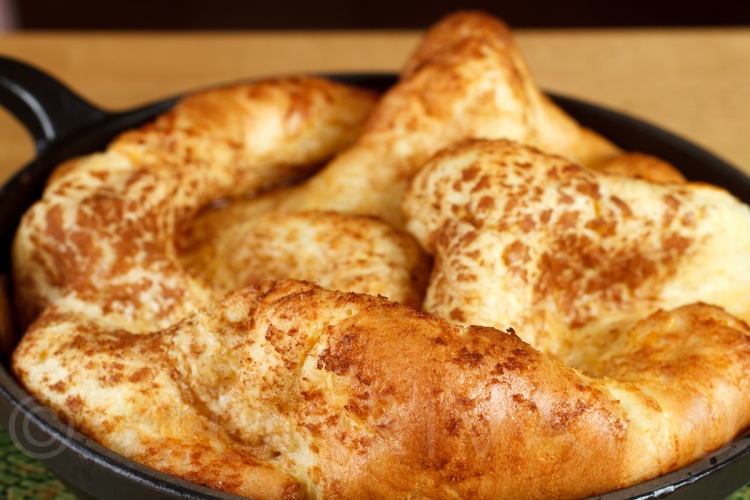 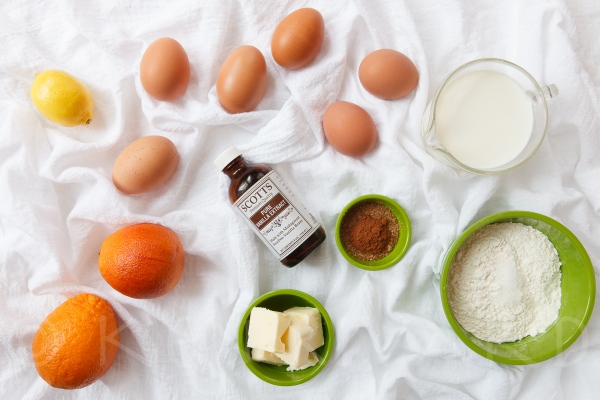 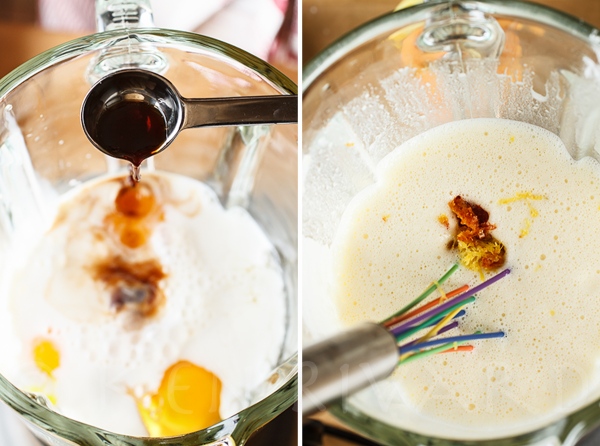 Supremes are citrus segments without the thick skin of surrounding pith. Slice inside the skin on both sides of the segment and ease the naked supreme out with the edge of your knife. Do it over a bowl to catch the juice, which you can drizzle over your Dutch Baby, if you like. 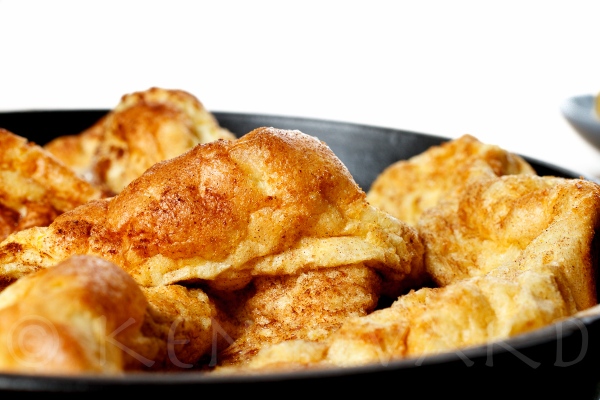 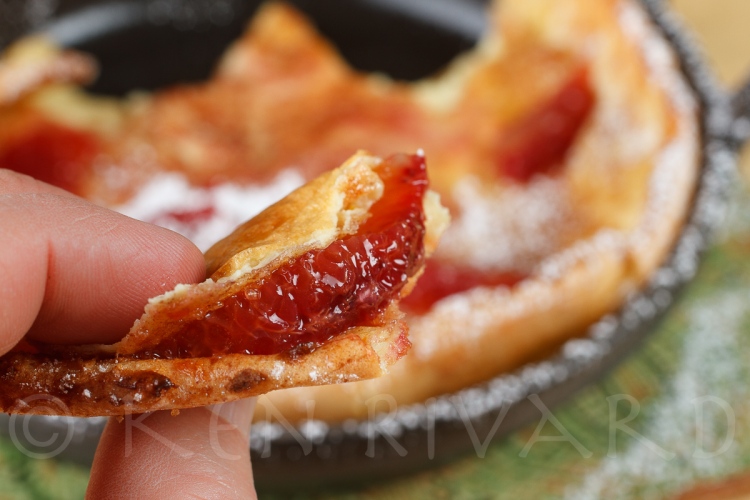 Crepes, Dutch Babies, German Pancakes, Yorkshire Pudding, Popovers, Clafoutis, and I’m sure there are others, include the same basic ingredients–eggs, flour, milk and sometimes water, and fat (butter or beef drippings).  They’re just cooked in different ways.  Some recipes have a higher ratio of flour to eggs.  I like the texture and flavor with more eggs.

I recently made two big pans of Yorkshire pudding for a brunch at my house for all of my restaurant managers.  They were a hit.  Easy and satisfying.  I started thinking about how they could replace crepes.  My favorite way to eat crepes is simply with butter, lemon juice and sugar.  The oranges and cinnamon make these babies a little fancier.

The thing to remember is that these have to be eaten immediately, so have everything else for the meal ready with your guests hanging around in the kitchen with a mimosa or bloody in hand.  Pop the Dutch babies in the oven, then in 5 minutes have everyone sit down.  In another 5 minutes the Dutch babies will be ready.  Serve at once. 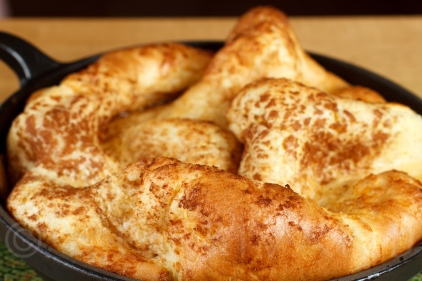 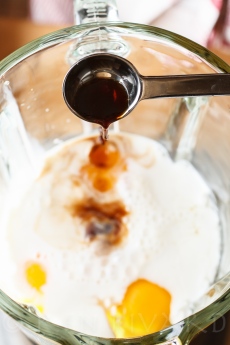 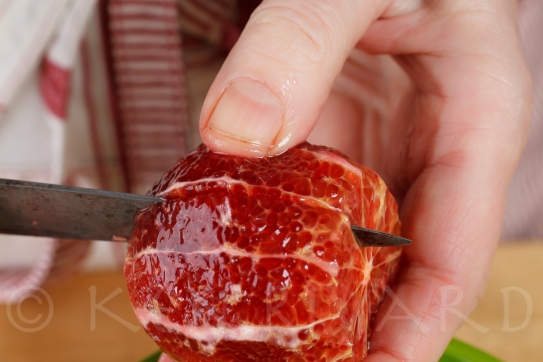 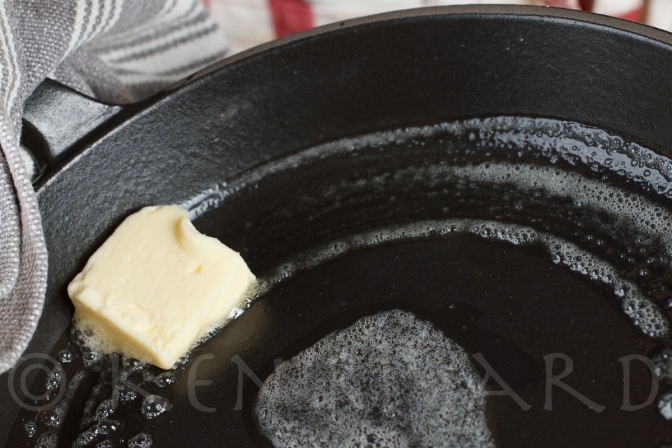 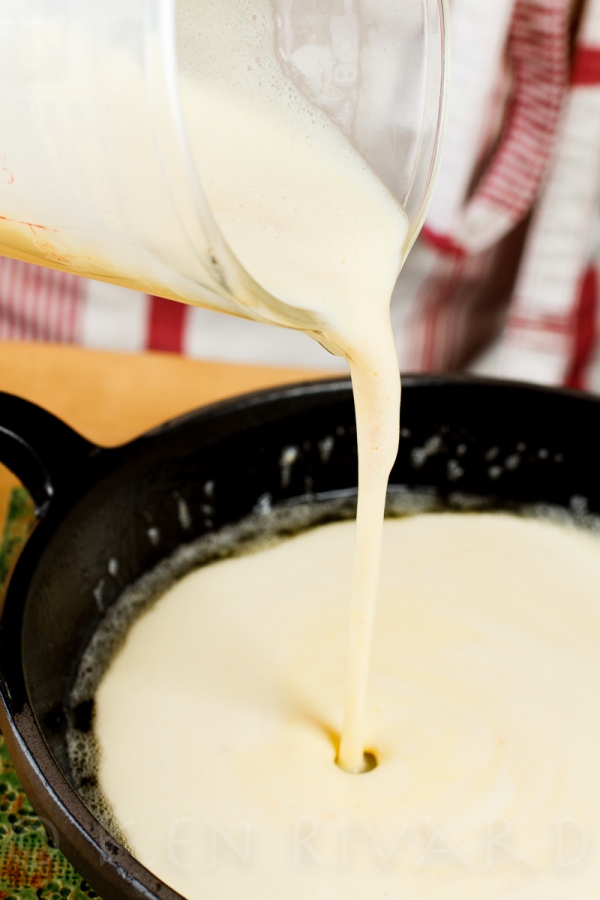 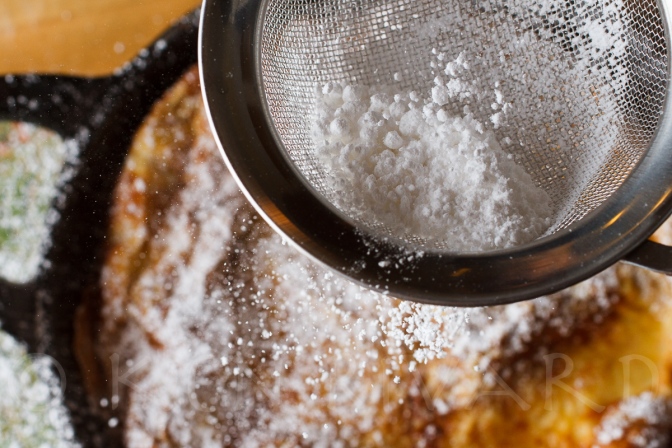 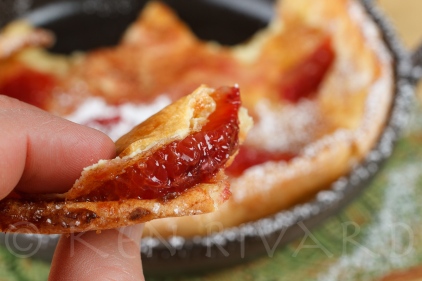