Grilled Figs with Crème Fraîche and Chestnut Honey.  What??!!  Two desserts in a row, what are Ken and Jody coming to?   Nothing spectacular–the blog reflects what we eat, and during August we eat a lot from the grill, including dessert.

Okay, this is also a Lonely Guy post – Jody’s down at the Cape running a kids cooking class to benefit the Dana Farber Cancer Institute.  So you’re going to have put up with just me this week.

I tumbled on to grilling figs one hot summer night when we were already planning on cheese and fruit for dessert and I had both figs and grill at the ready.  Hmm, I wonder what these would taste like?  The answer depends on how you feel about intense packets of sweetness crusted with bits of caramelized fig sugar.  You will find no dessert with as high a ratio of taste to ease as this week’s recipe.

Over the years we’ve tried different figs, different dairy compliments and different honeys–this is currently our favorite.  Here’s a quick run-down of some of the possible variations, all of which are delicious.  For the dairy part of things: Greek yogurt, crème fraîche, vanilla ice cream, a really runny cheese, such as Epoisse.  For the honey: dealer’s choice.  Chestnut honey is a traditional Italian compliment to sweet or rich items because of its bitter finish, but we’ve also used lavender honey, and when nothing else was available, good old clover honey.

You can grill any fig, but there are a couple of variables.  We like Black Missions because they’re small (they cook quickly) and because they’re almost all seedy flesh.  Since there’s more sugar in the seedy center of the fig, it caramelizes more quickly.  Brown figs are larger and require a bit more fiddling to make sure they don’t burn before they’re actually done. Both brown and and green figs have a layer of seedless flesh between the seedy part and the skin, but they’re still quite delicious.  I grilled all three kinds so you could see what they looked like and having a mix of different ones on a dessert plate does make it more interesting.

I start Sierra and Brown Turkey figs on their backs, and if I remember in time I might flip them over at the end to add some grill marks. But if the grill is really hot, or the figs are at peak ripeness (like the Sierras in the photos) then they may be too soft to flip. In any case, don’t add any figs cut-side down to a rack that is less than hot or they’ll never release properly.

Figs grill quickly, in only a few minutes.  With our charcoal grill I often cook them while whatever I was grilling for the main course is resting.  After the figs finish I transfer them to a terra cotta dish, covered with a tea towel (not foil–you don’t want condensation dripping on them while you’re eating dinner).  You’ll notice than in some of the pictures it appears that I’ve drowned them in honey.  Not so.  As the figs cool they release an amazing amount of syrupy juice, which tastes incredible with the crème fraîche and honey.  I’m using chestnut honey here because it has a low-key bitter finish, which adds a nice contrast to the the other sweet components.

Plan on 3 whole figs per person, fewer if using larger figs.  If you’re grilling more than two pints (the amount shown in the ingredients photo), and putting them on the grill cut-side down, by the time you finish placing the last fig on the grill the first ones will almost certainly be ready to turn, or even come off.  Give the fig a squeeze with a pair of tongs to check for doneness (flip it over first so the cut side is up or you risk dropping it through the grill bars).  It should feel sensuously pliable (squishy soft).  Dollop on the crème fraîche and honey and relish the last treat of the summer.  Enjoy.  Ken

* Grilling tip: I throw a towel over my shoulder and then place the figs on the grill with my fingers to make sure none are accidentally sacrificed to the god of charcoal.  (Wipe your fingers on the towel.)  I always remove or turn the figs with a long spatula and tongs.  The figs can become quite soft and a spatula helps make sure I  don’t lose any.

Serves 4, but scales up easily

Jody inscribed the slate before she left.  Her handwriting is better than mine. 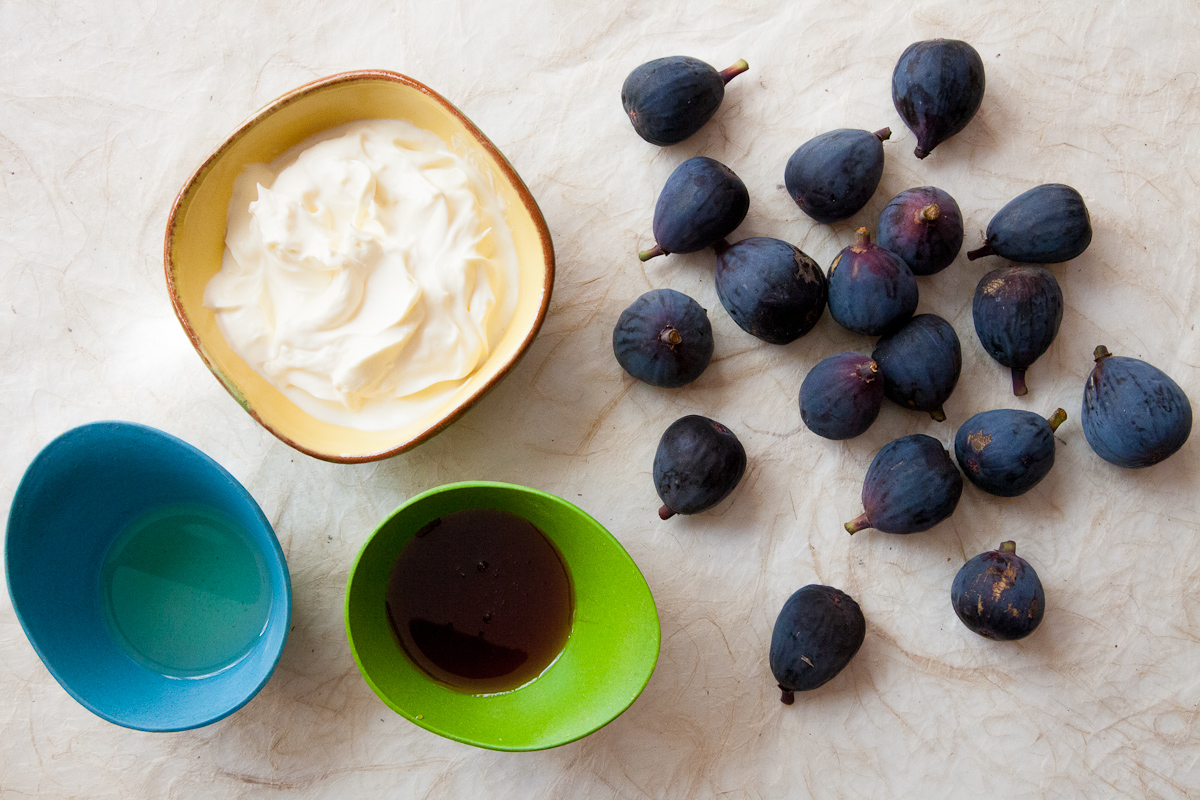 I threw in a lot of other figs too, just to see how they grilled.

The Sierras (the green ones) that are starting to bulge on top are almost done. 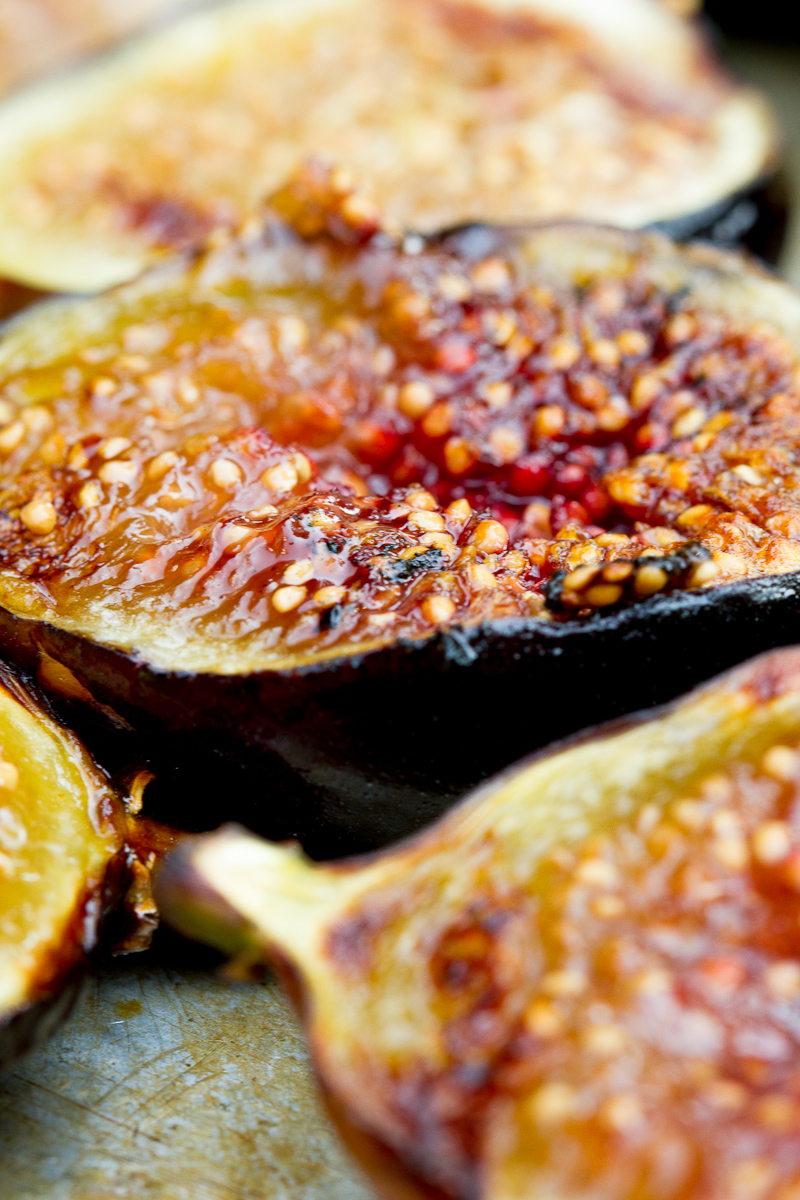 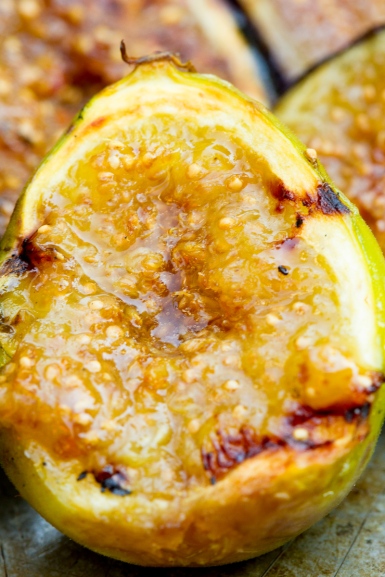 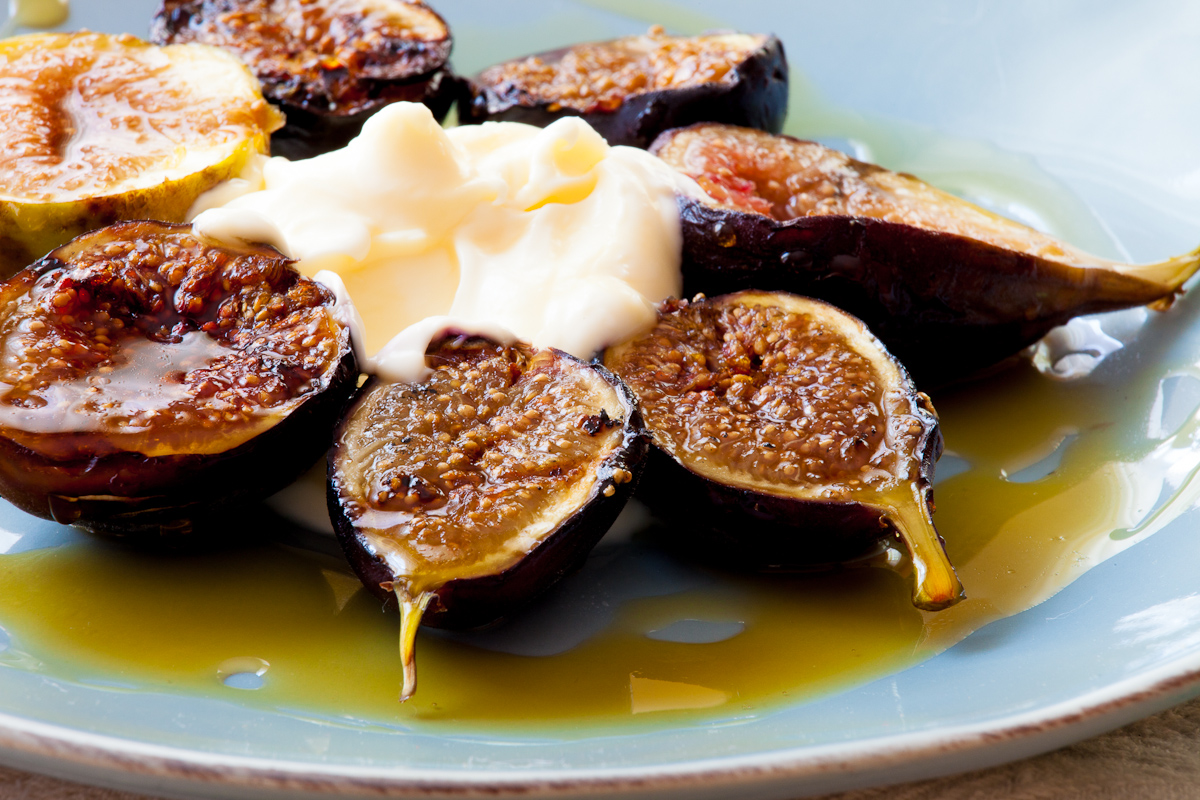 I don’t think I had yet tasted my first fig when Ken Russell’s 1969 movie adaptation of D.H. Lawrence’s Women in Love came out.  Two scenes stick in my memory – the sexual encounter between Rupert (Alan Bates) and Gudrun (Glenda Jackson) that begins with a fig–and of course the

famous nude-guys-wrestling-in-front -of-the- fireplace scene, which caused the movie to be banned in Turkey.  Regarding the former, the actual dialogue has long departed my memory, but the visuals remain, with Rupert nattering on to Gudrun about something  profound, probably repression and sexuality and the necessity of embracing the sensual aspect of life yada-yada-yada and all the while he’s splitting open this super ripe fig with his thick fingers and Gudrun is watching–transfixed.  You know exactly what’s going to happen and what you’re really seeing is both of them giving themselves permission to do what’s going to happen next.  He feeds a piece of the fig to her and of course that lights the fuse and a few minutes later they’ve disappeared beneath the wildflowers in the meadow and the whole time this is going on I thought to myself, How in God’s name are you supposed to shed all those layers of Victorian clothing while lying down?  It just struck me as terribly hot (not in the good way) and scratchy and I couldn’t help but think  they’d probably end up with weird rashes.

To see additional photos from my grilling session, or to view a photo in a larger format, click on one of the icons below. 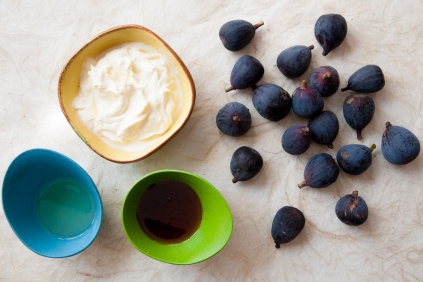 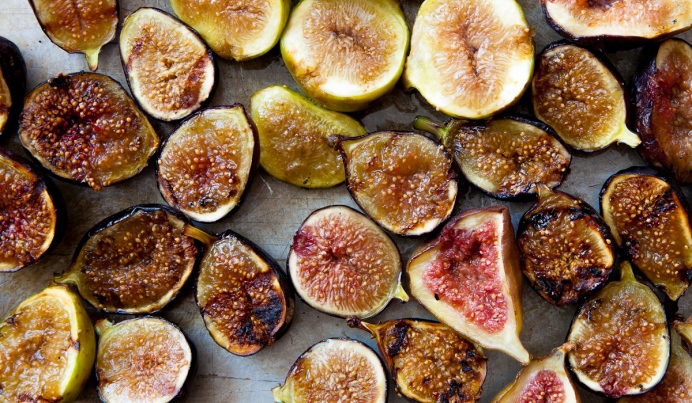 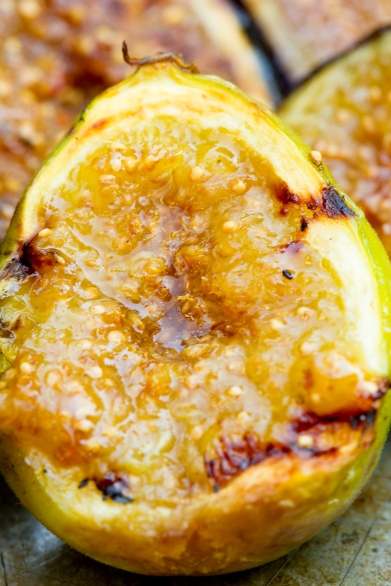 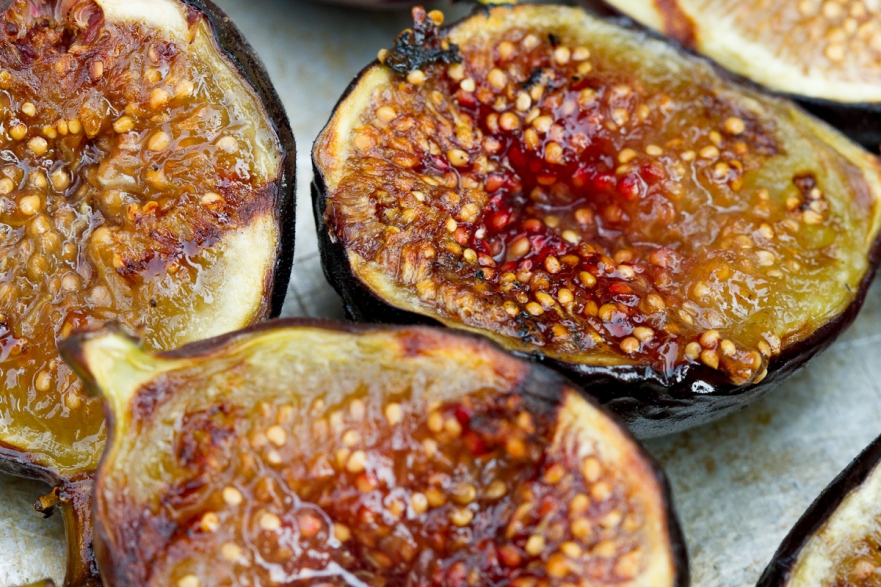 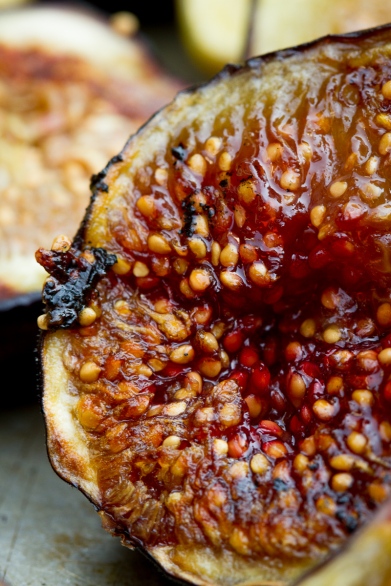 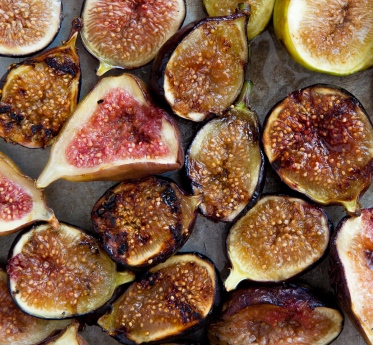