The story of these Easy Pecan Tiles begins in a Paris museum and ends a couple of hours after Jody dances atop a bar in a Boston restaurant (a groundbreaker for both of us).  First Paris, then the recipe, then the bar.

We visited our daughter Roxanne in the City of Light over Christmas.  When not eating or cooking we went to museums, including the spectacular new Frank-Gehry-designed Fondation Louis Vuitton in the Bois de Boulogne.  After an hour of disorientation and enchantment at the Olafur Eliasson exhibit we drifted downstairs, where Jody bought Eliasson’s TYT (Take Your Time) Volume 5, The Kitchen.  Eliasson’s book is a compendium of photographs, recipes, essays (by Eliasson and others) and some thinking about the role of food and eating in his own studio life.  It has a raw unpolished feel about it, as though assembled from field notes and photos, including a series of shots showing (interns? students?) sitting about, each gingerly lifting a single calendar-sized thin cookie from its sheet pan.  Each cookie had been scored before baking so that it could be broken (or not) into smaller pieces. 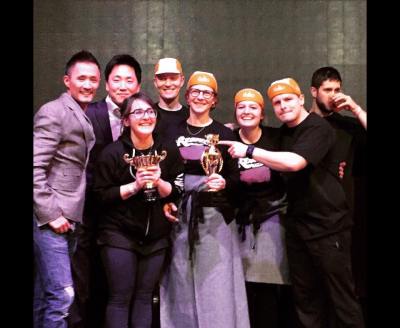 We already have a killer gingersnap recipe, so Jody opted for pecan spice cookies instead.  They’re absurdly addictive if, like us, you don’t allow cookies in the house unless they’re homemade.  The damn things were so dangerous we gave most of the first and a third of the second batch away, still leaving us with a fatal 2 tray’s worth remaining on our kitchen counter, softly keening the Bali Hi song every time one of us made an espresso.  We fell off the cookie wagon enough times to go through a bag in a few days. They’re also fun to break apart (pay no attention, kids, to the lady below who says they’re for adults).  It’s easy to envision a dinner party when the salad and cheese have been cleared and a single giant cookie makes an entrance and participants collectively rest their fingers on it, Ouija-board-planchette-style, and… on the count of three.  One-two-three!  Snap!

The following weekend, Jody and her team* from Rialto and TRADE, competed in Cochon555 2015 Boston.  If you’re not au courant in all things porcine, you may not know that Cochon555’s mission is to increase public awareness of small farmers sustainably raising heritage pigs.  To that end, Cochon555 organizes dinners and educational events, including competitions pitting 5 top chefs in various cities against each other in a 6-course throw-down.  Blood puddings; porchetta flatbread and pork liver sliders; Frito pie; rib chop nigiri; homemade hot dogs;  pig’s blood tortellini in brodo; an exquisite selection of  pork charcuterie, including two kinds of paté en croute and a “saucisse de Frankfurt” – some of what Jody and team were up against.

But they won!  See below for their full menu, but the first course will have a familiar ring for readers of this blog, Truffle and Porcini Tortellini in Pork Brodo.

At an after-party at Tavern Road peopled with “industry” (restaurant workers) Jody was suddenly hoisted atop the bar alongside Tavern Road chef/owner and generous competitor Louis DiBiccari.  A little dance, a little round of congratulations, some spraying champagne.  (THE ONE TIME IN MY LIFE I DID NOT HAVE MY CAMERA, GRRRR!!!)  Eventually we made it home, where Jody shed her superhero costume.  Before we settled in to catch the end of the Oscars we wondered if it would be worth cooking to take the peckish edge off the end of a long day.   And then we both heard it – the seductive song of the Pecan Tiles.  We did what we’d been lusting to do for the last week.  What you’re supposed to do when you win a pork competition and do a little victory dance atop a competitor’s bar.  No restraint, no I’ll-just-have-one, no counting.  We gobbled down the entire remaining tray of Pecan Tiles. With red wine.  They’re not called Easy for nothing.

Here’s a partial list of what Jody’s team prepared at Cochon555.  If there’s a dish or component you’d like to try at home, let us know and maybe we can fashion a blog version of it.  Enjoy.  Ken 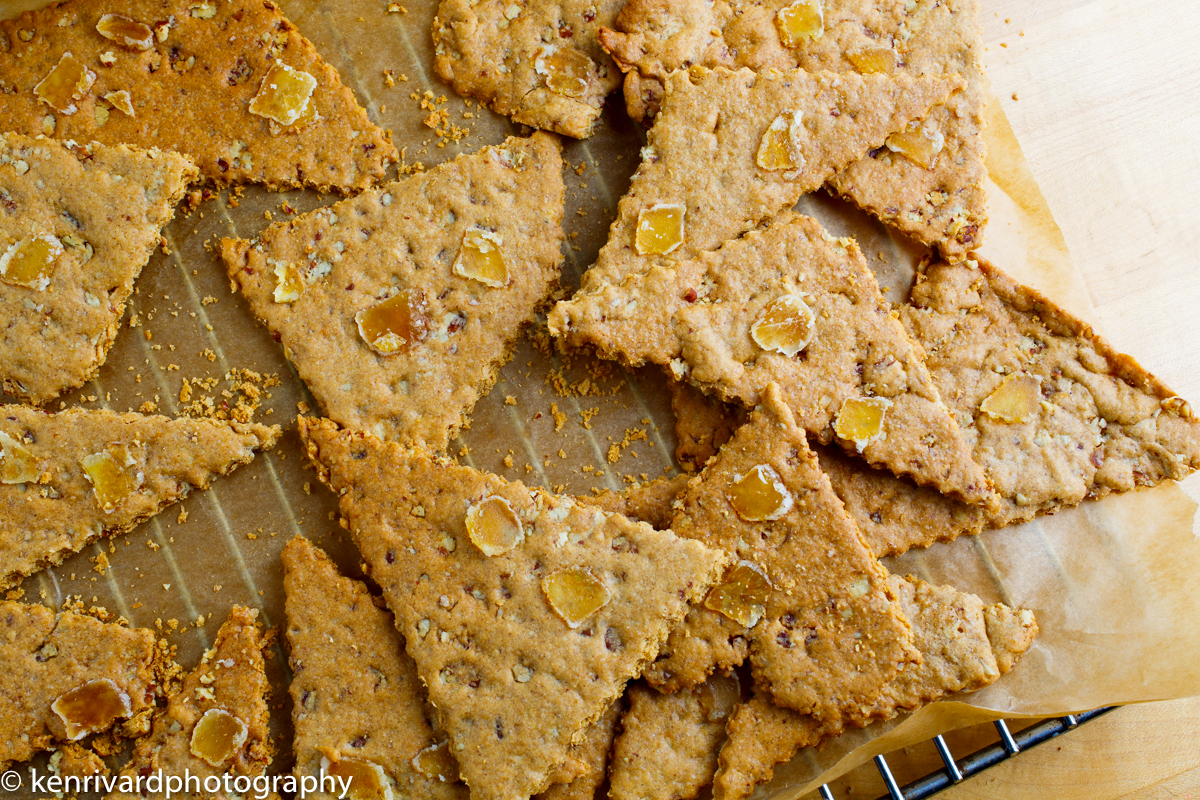 As Ken notes, I got the idea for cookies cut this way from Olafur Eliasson’s book, Take Your Time, Volume 5, The Kitchen.  I call them “easy” because the shaping is easy, but easy doesn’t necessarily mean quick.  One gets the impression in paging through Eliasson’s book that he appreciates cooking as much as he does making art. It’s all about enjoying the process.

Close readers will note that in the photos I divide the dough into 2 squares.  But each piece was too unwieldy to roll easily.  In the recipe above I portion the dough into 3 squares, which makes rolling the dough thin less muscular.  If it tears around a nut, just patch it.  These are fun, not elegant.

These are grown-up cookies, not too sweet, and with nice crisp feel.  If you like cookies sweeter, increase the amount of brown or white sugar by 2-4 tablespoons.  Any more than that and they’ll be too sweet. 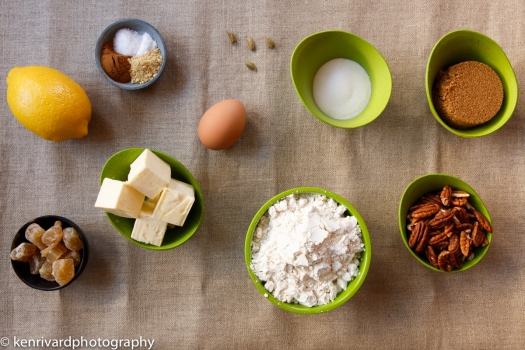 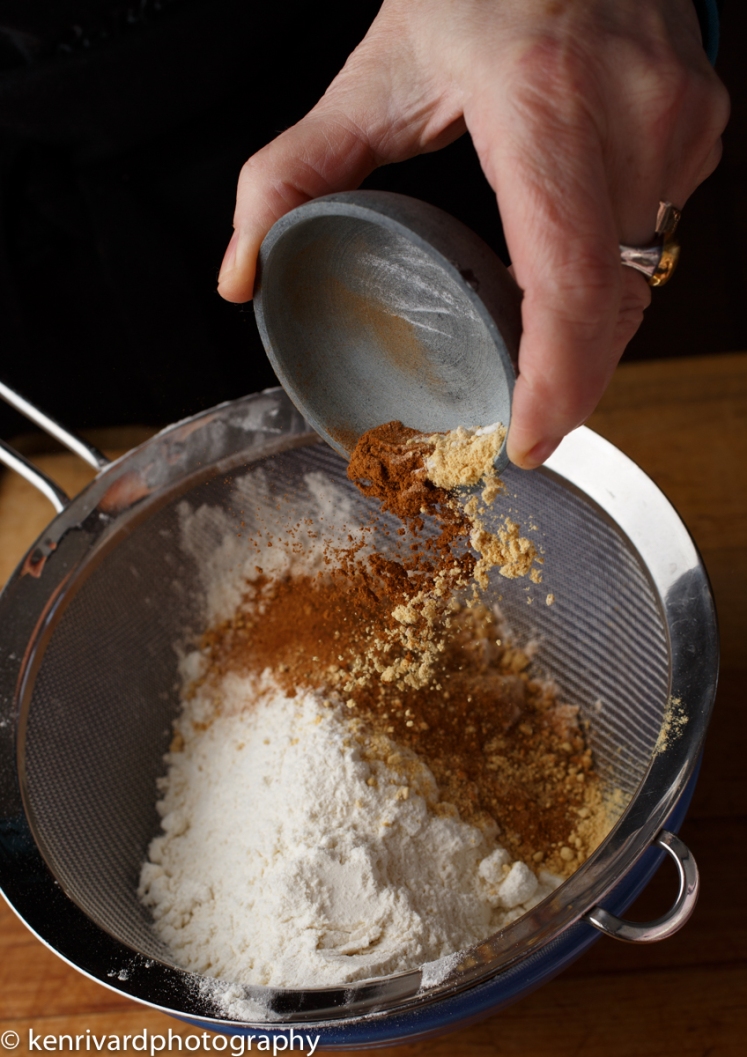 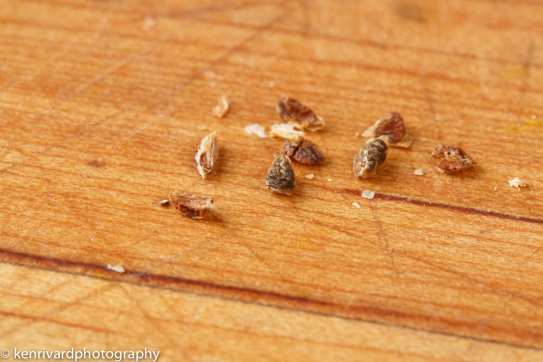 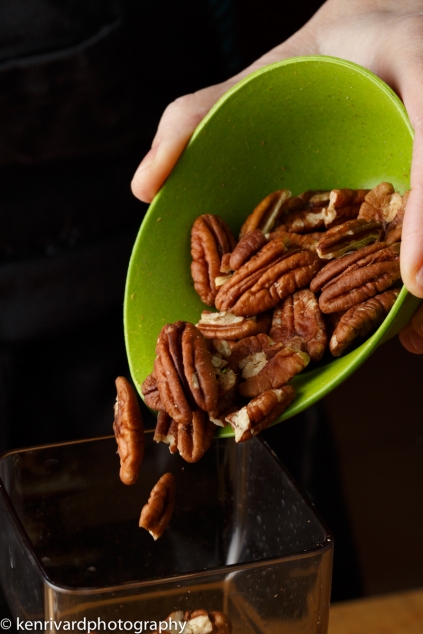 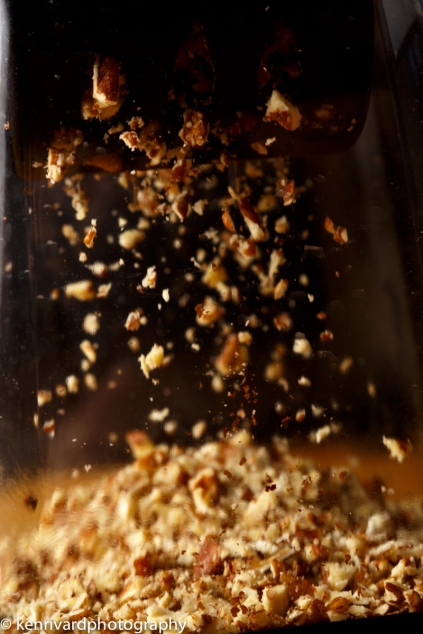 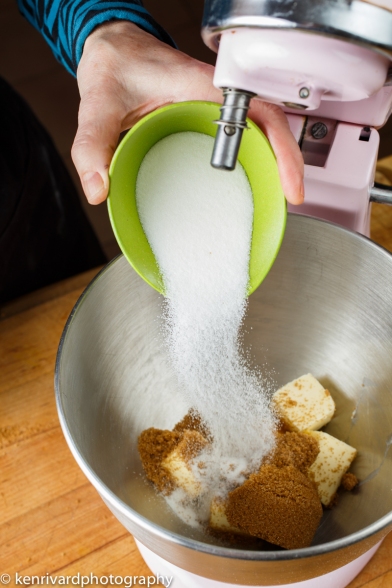 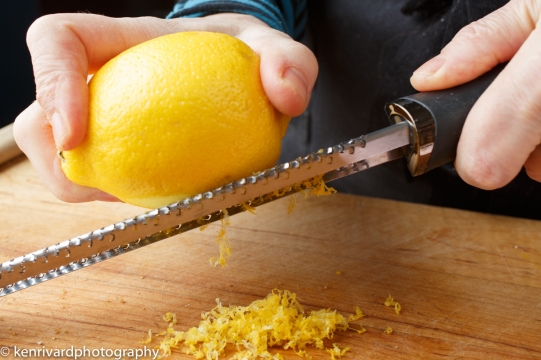 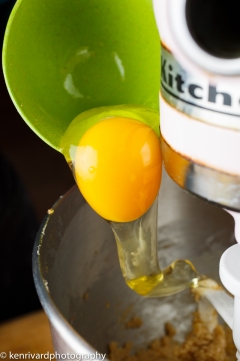 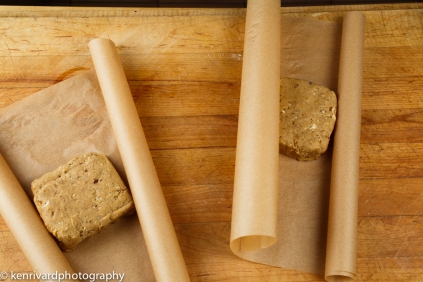 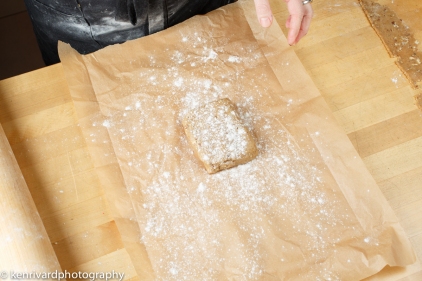 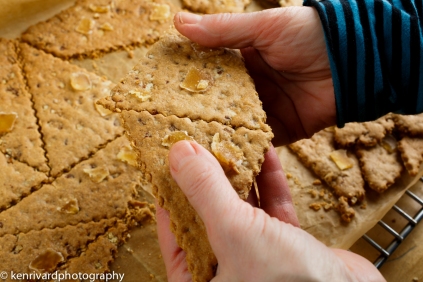 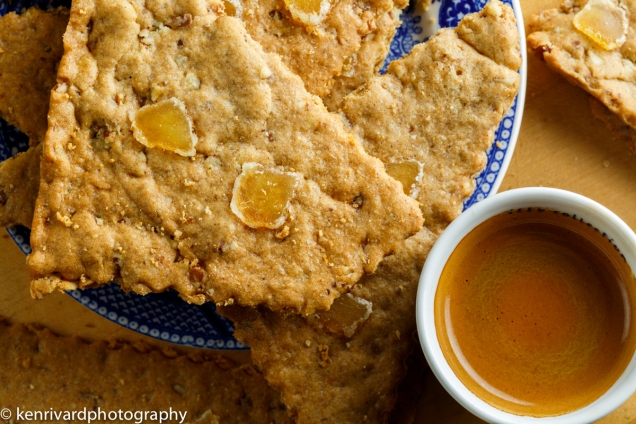