Spaghetti with Clams and Toasted Bread Crumbs takes its inspiration from two dishes–spaghetti alla vongole, a dish of string pasta with clams popular in Naples, Rome, wider Campania and farther north along the Italian coastline; and pasta con il pangrattato, pasta with breadcrumbs, a very basic dish of la cucina povera, the cooking of the poor.  At its most elemental the latter contains no more than pasta, breadcrumbs, oil, salt and a bit of garlic.  Variations include raisins, cauliflower, anchovies and olives, which is to say that a little stale bread, some pasta and oil is all you need for dinner–if you have anything else you can dine in the lap of luxury.

I once read of an Italian winemaker who described an upbringing of such deprivation that the only seasoning in his childhood home was a single dried sardine hanging from a string fixed to the rafter above the kitchen table.  At mealtimes family members, beginning with the father, would each take a turn rubbing his portion of firm polenta against the sardine for flavor.

I’m sure the man was exaggerating, but the story nevertheless makes sense. The stone soup wisdom of all poor cultures is the same–a smidgeon of something with a lot of flavor improves the pants off a lot of something with little flavor.  Breadcrumbs, olive oil and garlic add enough sensual satisfaction to elevate pasta far above a sense of deprivation.  The first time I heard about pasta with toasted bread crumbs I thought my wife was kidding me.  Maybe she meant cheesy breadcrumbs.  Or crumbs from really good bread.  But no.  She meant just what she said: breadcrumbs, olive oil, salt, pasta.  That’s what you eat when life is stripping you down, and if some wild greens or garlic come your way, you’re happy to have them.  With clams and some tomatoes and parsley added to the mix the dish becomes a feast.  And you don’t even have to rub it with a dried sardine. 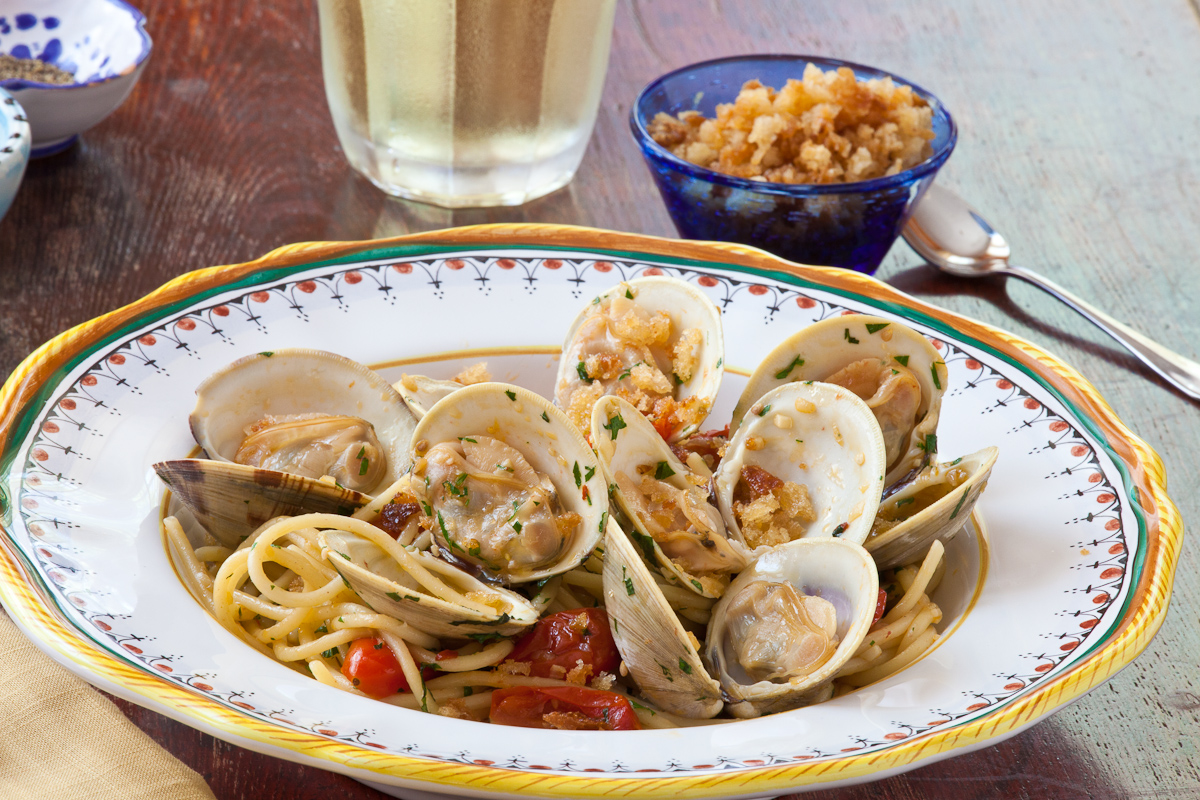 Spaghetti with Clams and Toasted Breadcrumbs 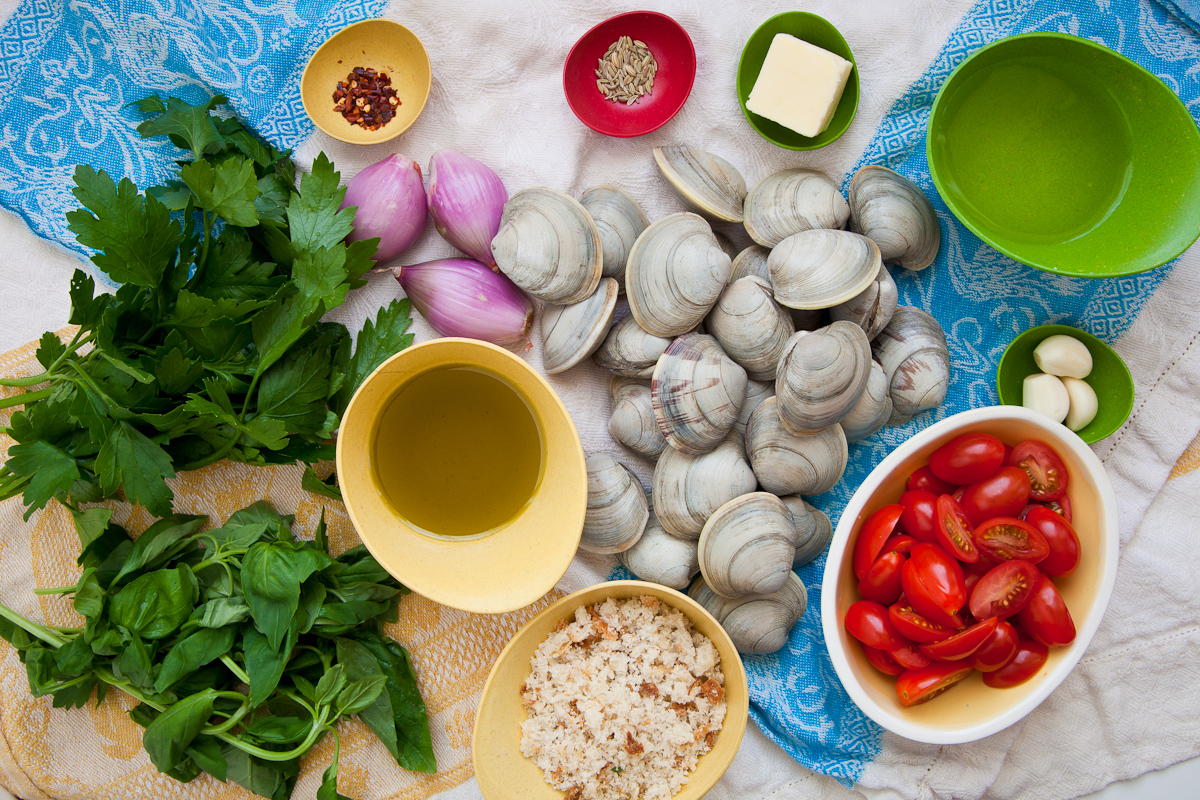 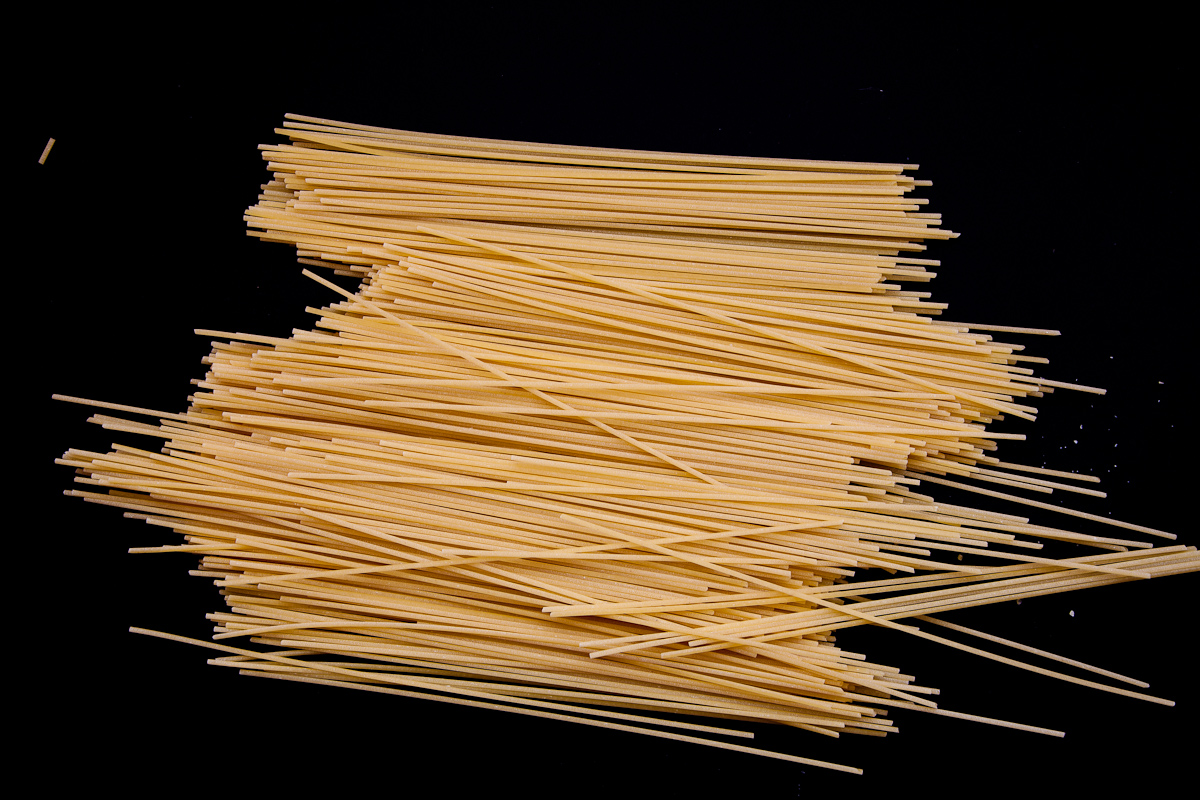 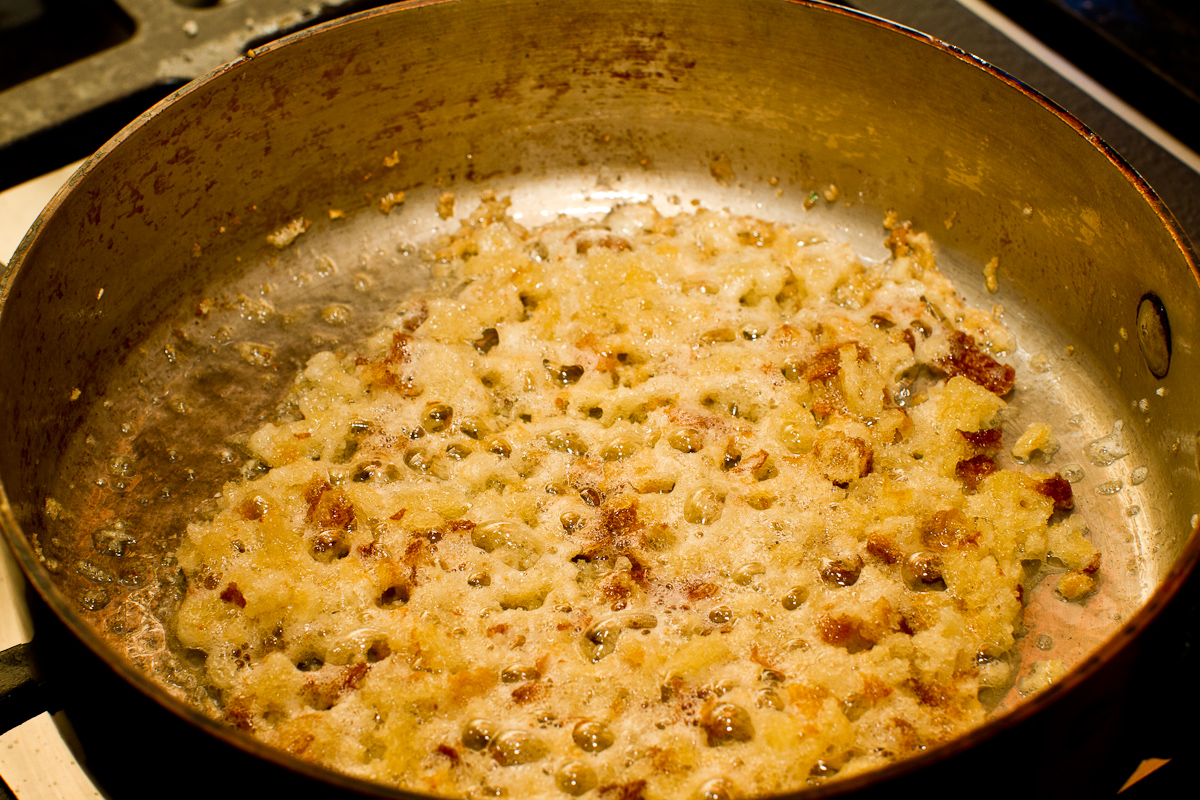 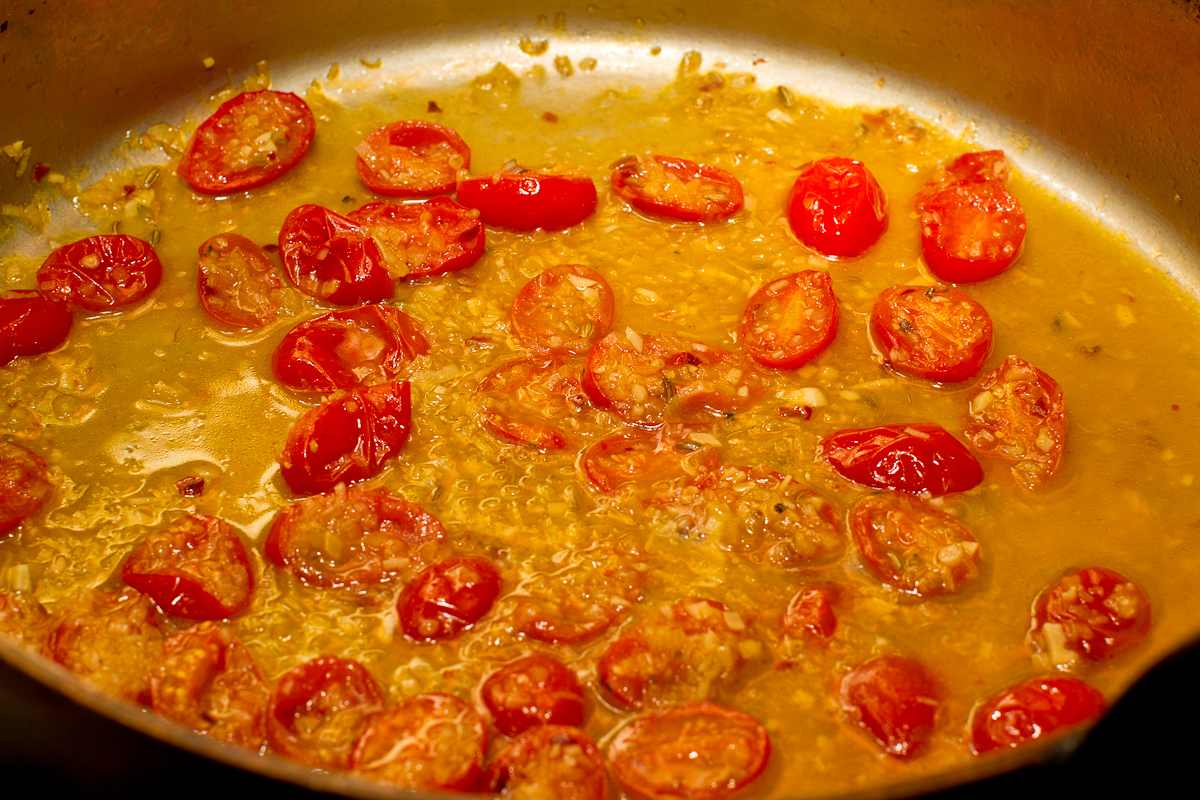 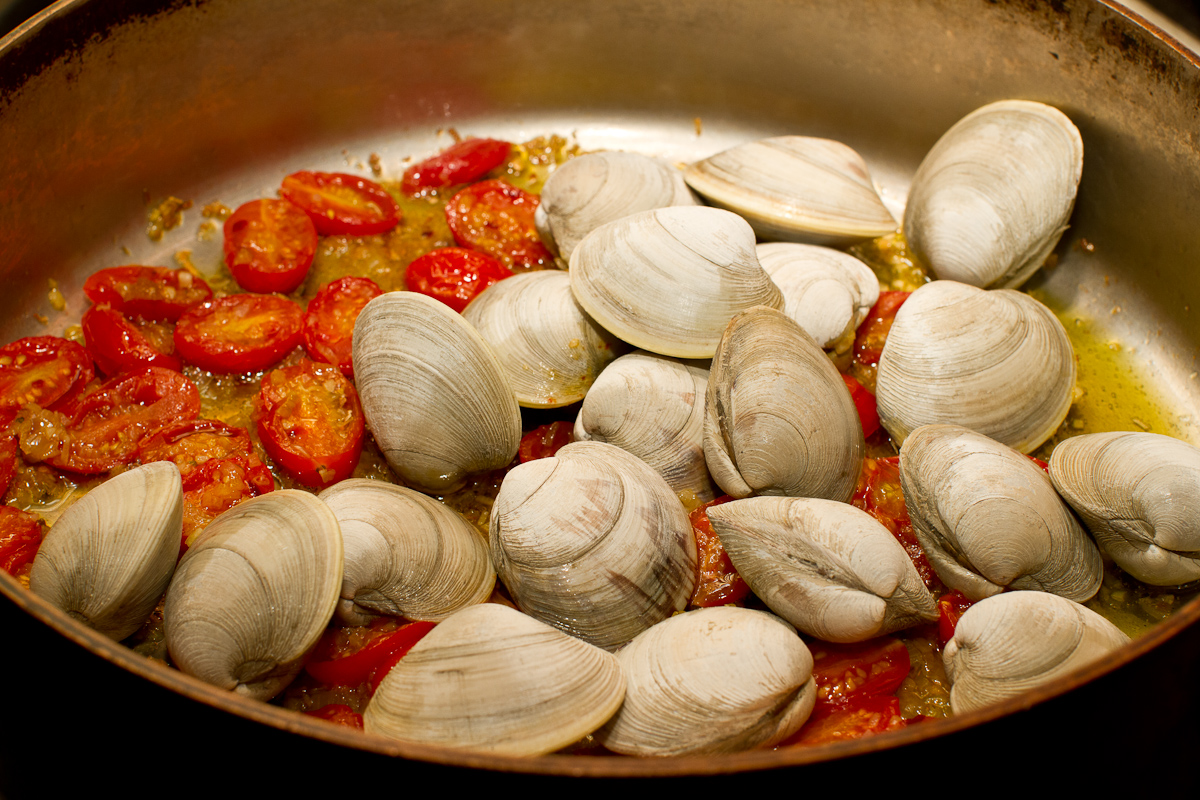 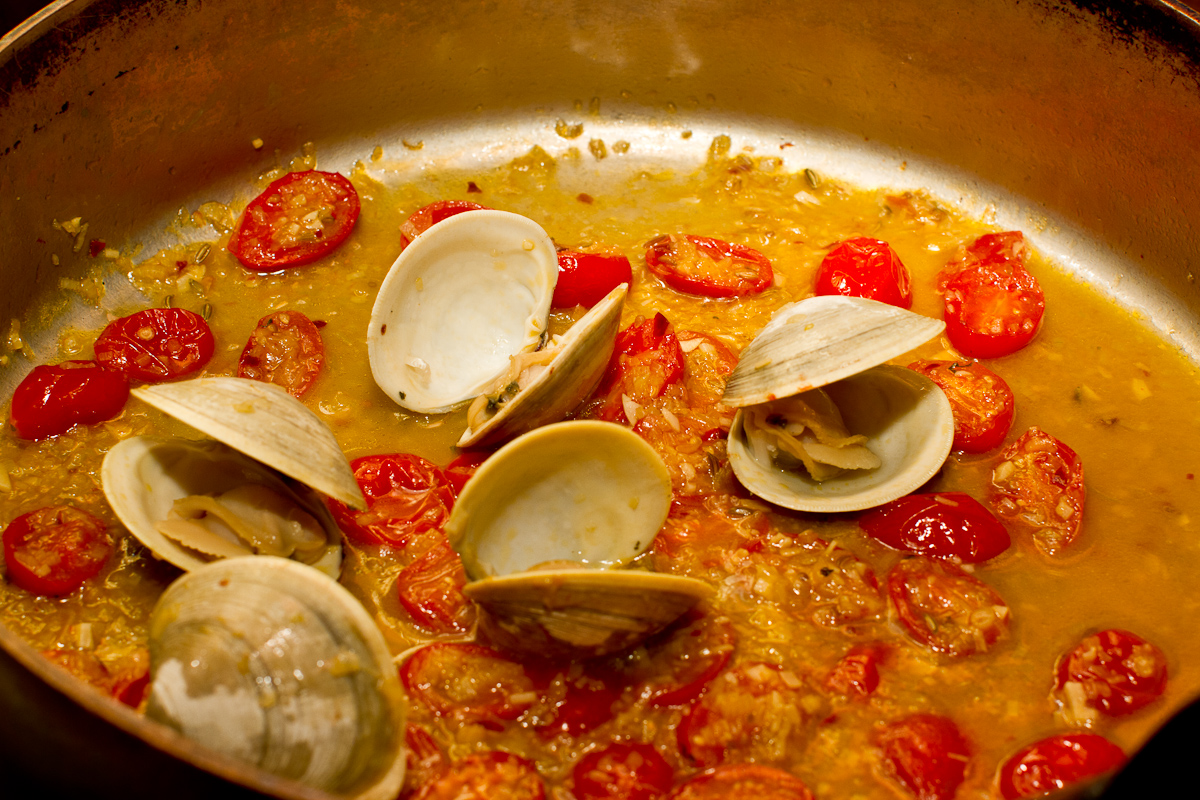 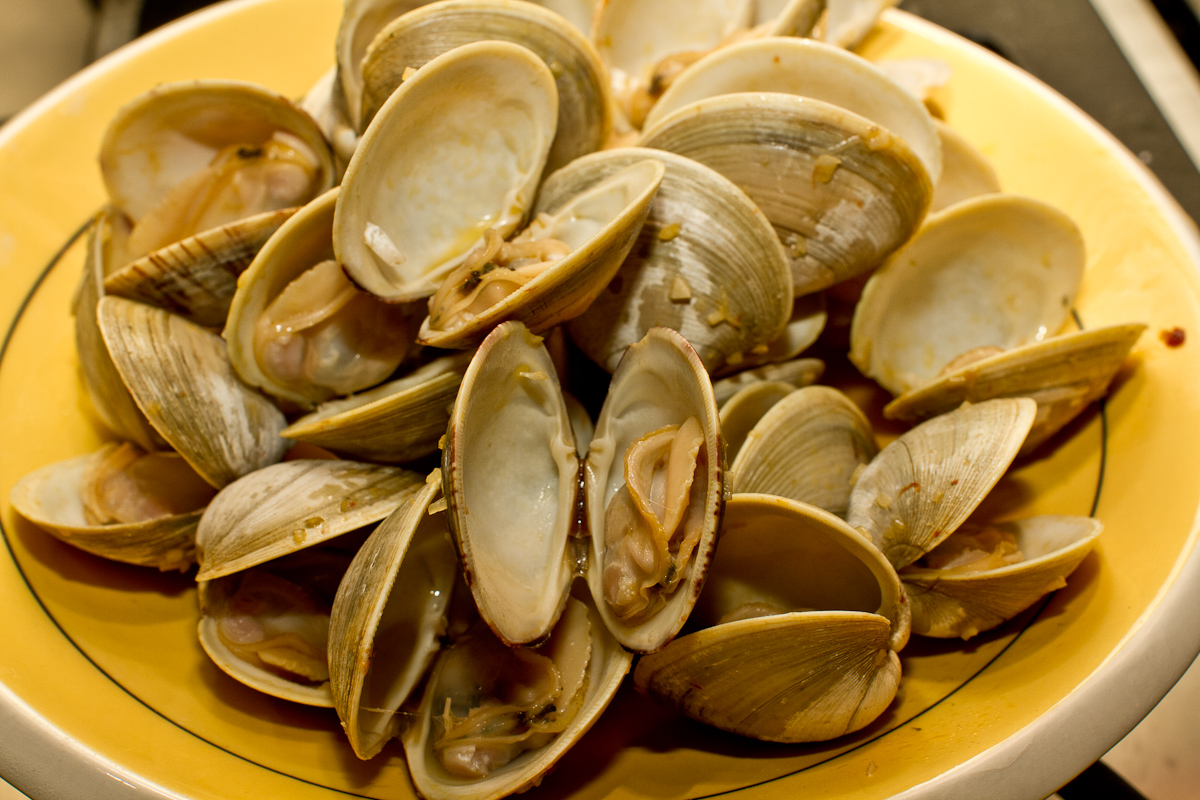 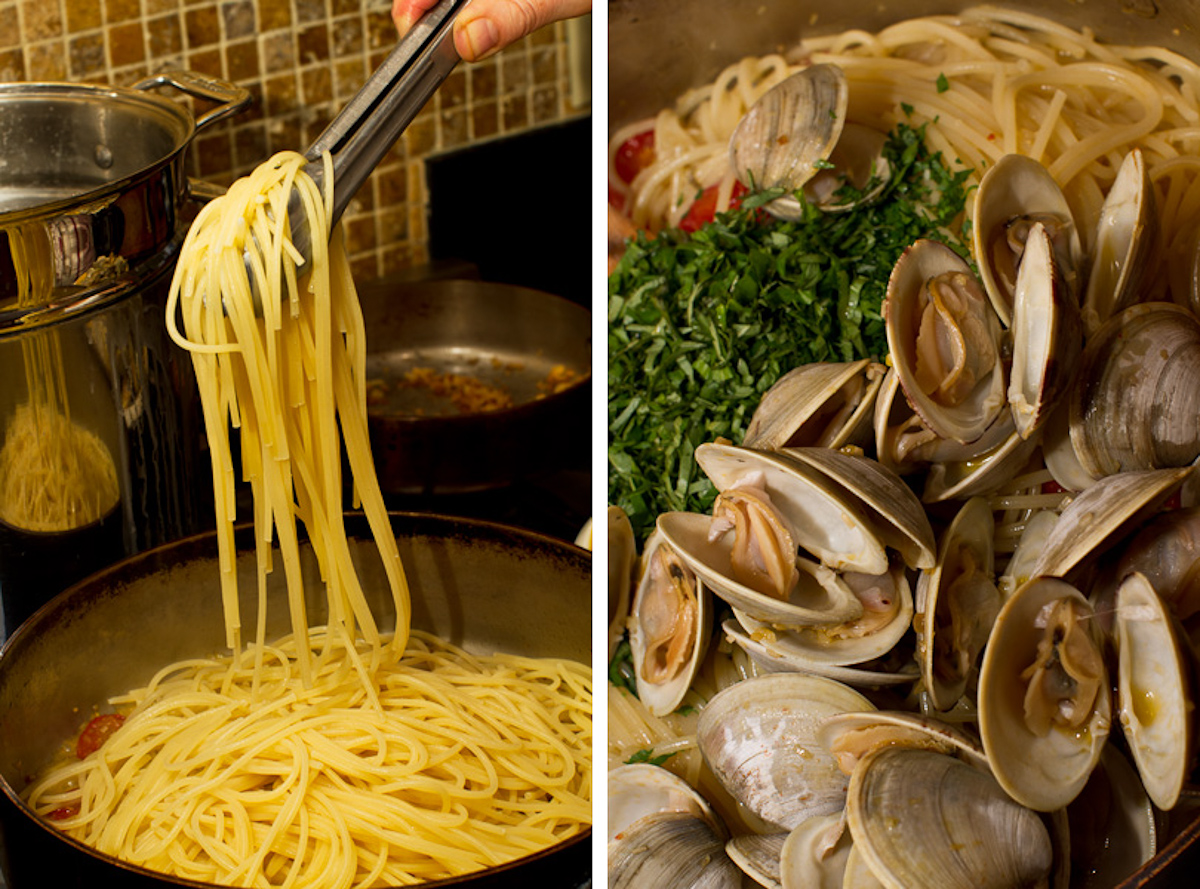 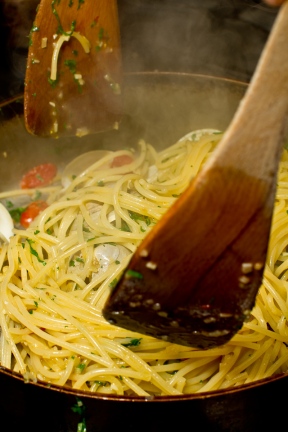 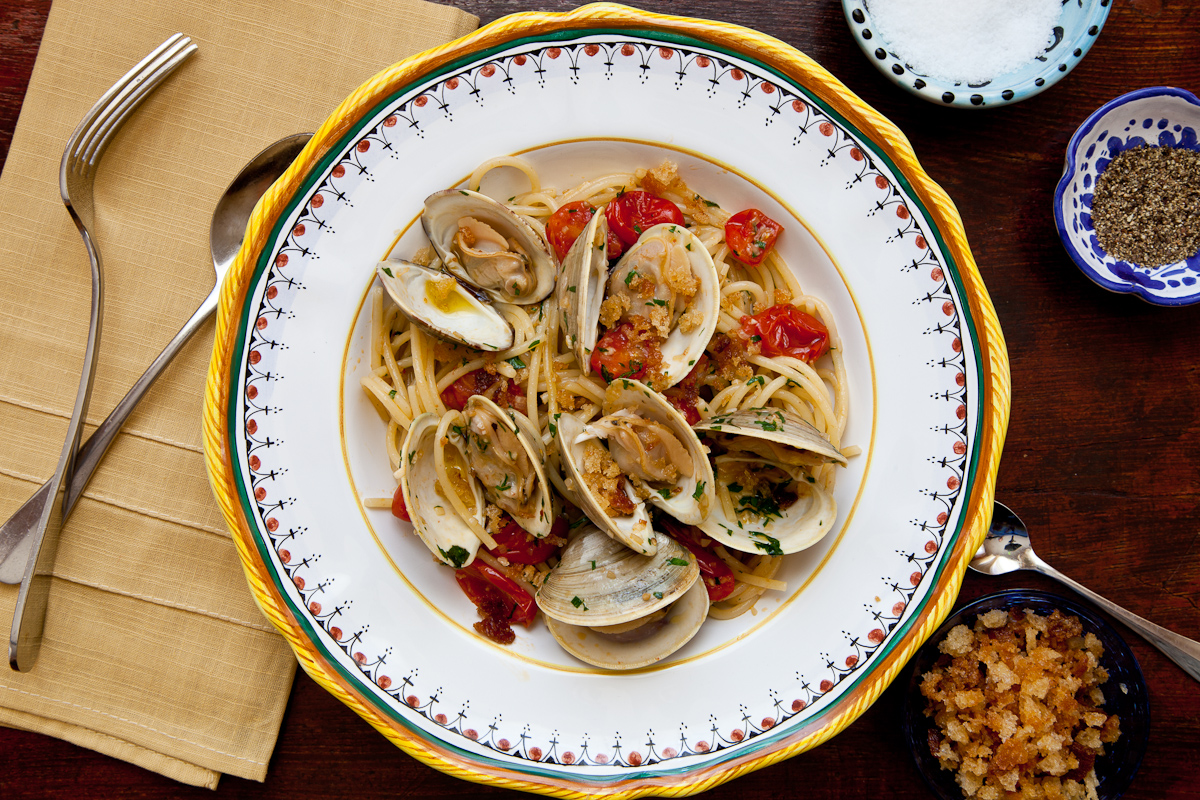 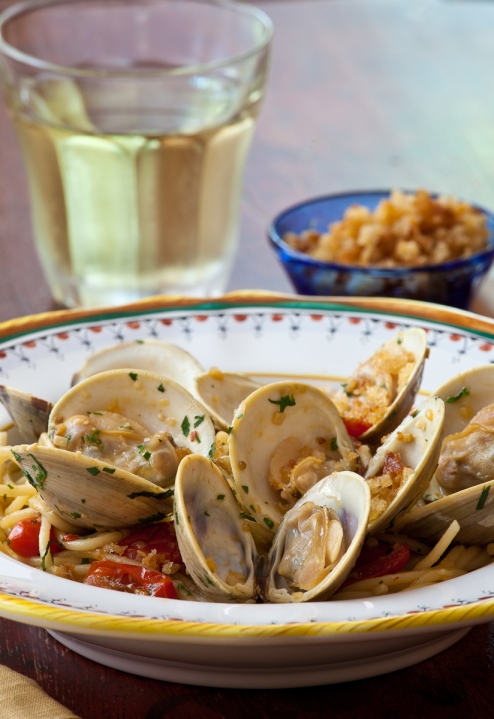 When we were growing up, spaghetti and clams meant a simple sauce of fresh garlic cooked in olive oil (extra virgin olive oil hadn’t appeared yet), chopped canned clams, some clam juice, and parsley.  It was Italian in spirit, with just enough boldly flavored sauce to coat the pasta.  I loved it, despite the textural resemblance of the clams to pencil erasers.  As a recent graduate from college on a tight budget, I often made this dish for myself and welcomed those little clams.

Years later, my first meal in Italy was spaghetti with clams in the coastal town of Ventimiglia.  It was a different animal.  The spaghetti was coated with Ligurian olive oil, the clams were tiny little tender things in their shells, there was parsley and garlic and the addition of fresh ripe chopped tomatoes.  It remains one of my favorite dishes in the world.  Of course now I’m using fresh New England clams from our friends Patrick and Barbara in Wellfleet, and that makes it as good as the original. 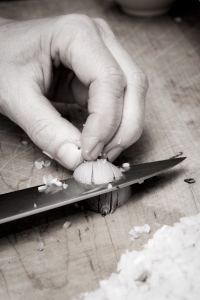