To knead, or not to knead, that is the question.  Whether ’tis nobler in the dough to fold, or to grunt and sweat under a weary kneading.  Perchance to sleep, and in sleeping to dream of gluten–ay, there’s the rub.   At least, that’s the rub with this Easy Pizza with Sweet Onions, Spring Garlic, Cheese and Greens.

To knead or not to knead, what do you think?

Jim Lahey, of New York’s Sullivan Street Bakery, dropped a bomb into the world of bread-making with the 2006 publication in the New York Times of his recipe for no-knead bread.  He isn’t the first baker to come up with a no-knead method, but he is the first to go large with it, first in the Times, then in his 2009 book MY BREAD, and now in his brand new MY PIZZA.  His formula for no-knead bread is the most downloaded recipe in the Times’s history, probably because it produces a decent European-style loaf with a crackling crust, even for inexperienced home bakers.

There’s no doubt Lahey’s method –  more water, less yeast, more time, and baking in a preheated cast iron pot – has advanced the quality of homemade bread by a country mile (and brought a sigh of relief to standing mixers everywhere).  He has introduced slow-rise craft breads to many folks who would otherwise find bread-making too arcane, too time-consuming or who just can’t stand the thought of throwing away another scrubbee clogged with bits of raw dough.

Lahey’s technique hasn’t had much of  an impact on me.  I prefer  sourdough recipes, with no added yeast at all, and I generally fold the dough several times during the initial rise to develop the gluten structure, a task that keeps me in touch, literally and figuratively, with the dough’s progress.

Then Why knead?, in the face of easier, less fussy alternatives?

For the sheer anachronistically tactile relish of it.  Because, once in awhile I crave the wholesome exercise of grasping and squeezing and stretching a shaggy dough until it comes together.

My wife, however, while respecting my inclination for sourdough, is also a model of efficiency when necessary.  She’s made Lahey’s recipe several times.  One occasion involved a kitchen full of college seniors who thought the line, “This pizza, she no need crust!” the apex of hilarity.  Herewith this post.

I will offer one minor observation of the technique as it pertains to pizza.  It results in a slightly less chewy dough than I prefer.  Not bad, just different. You be the judge–and let me know what you think. 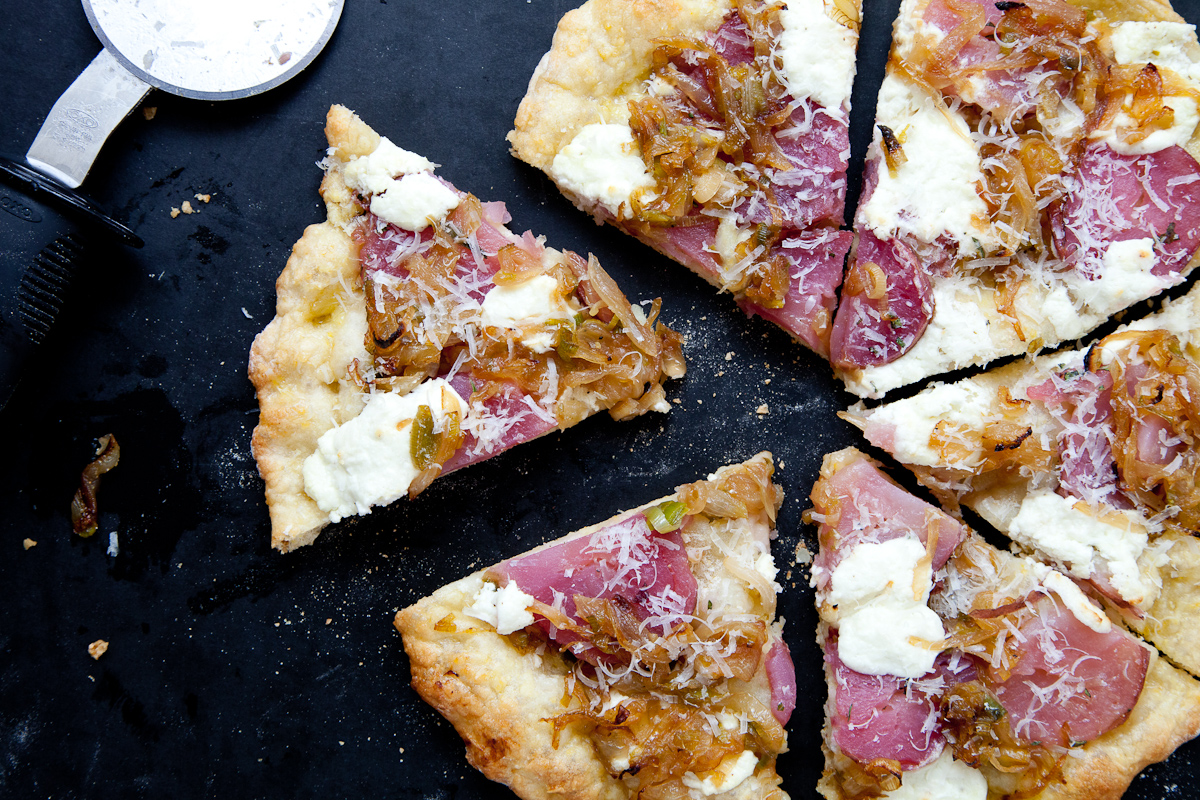 (With dough adapted from Jim Lahey) 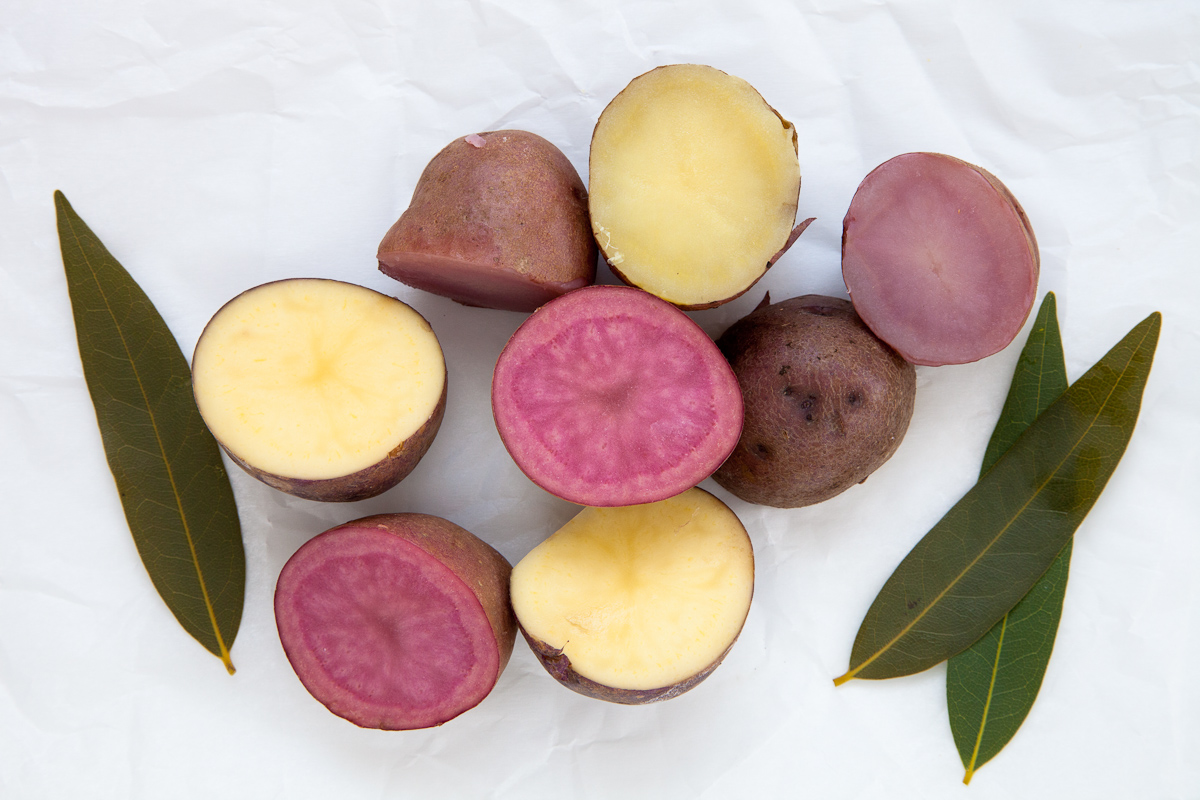 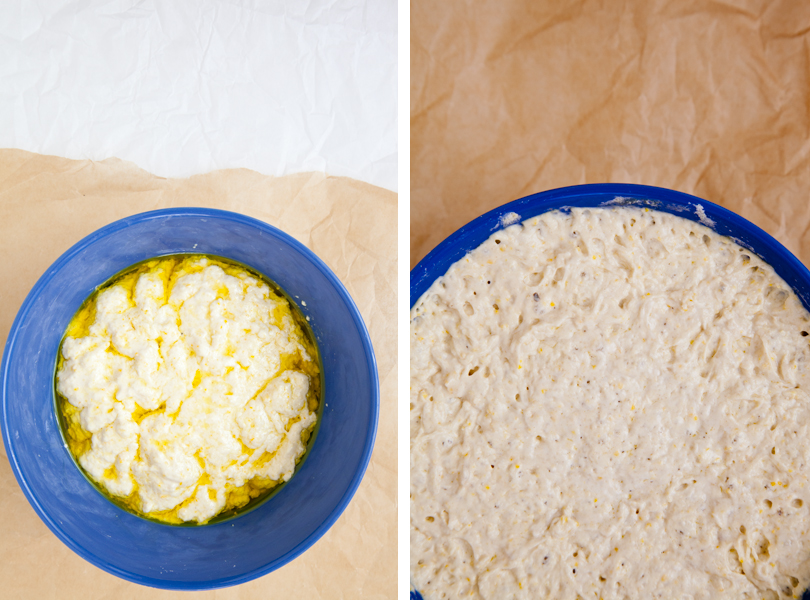 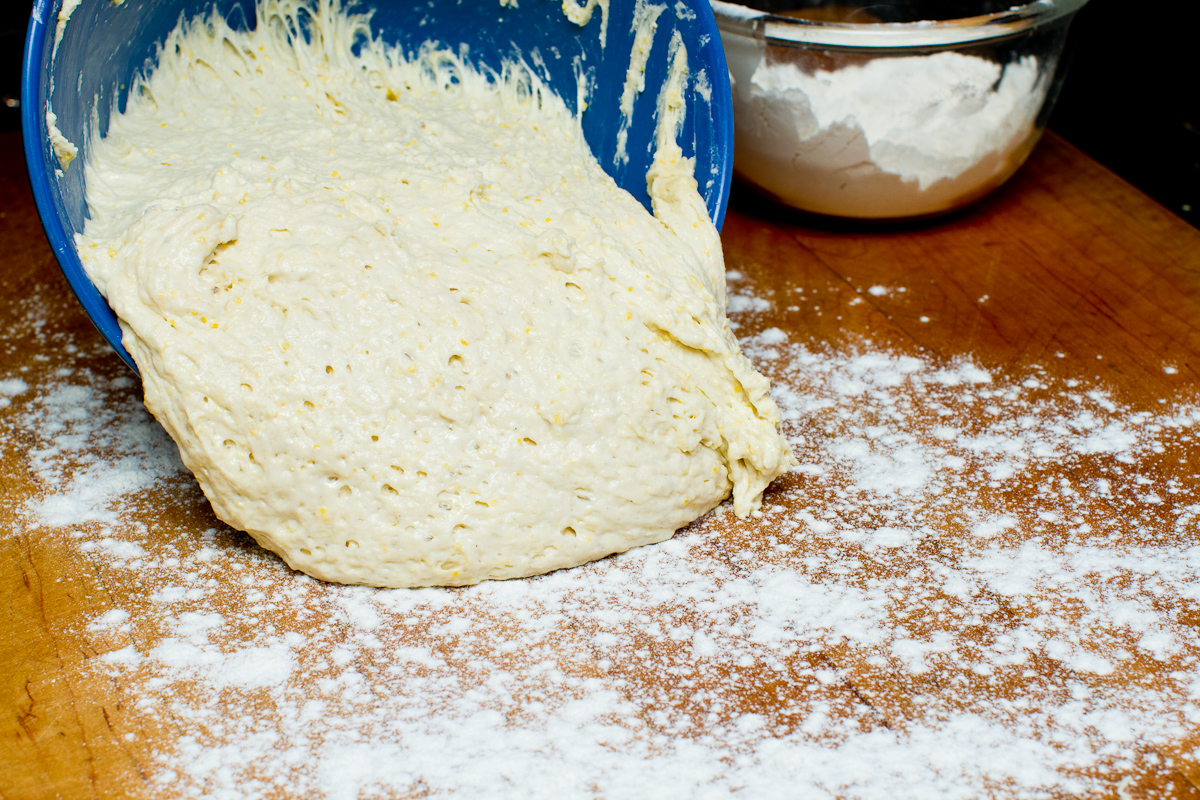 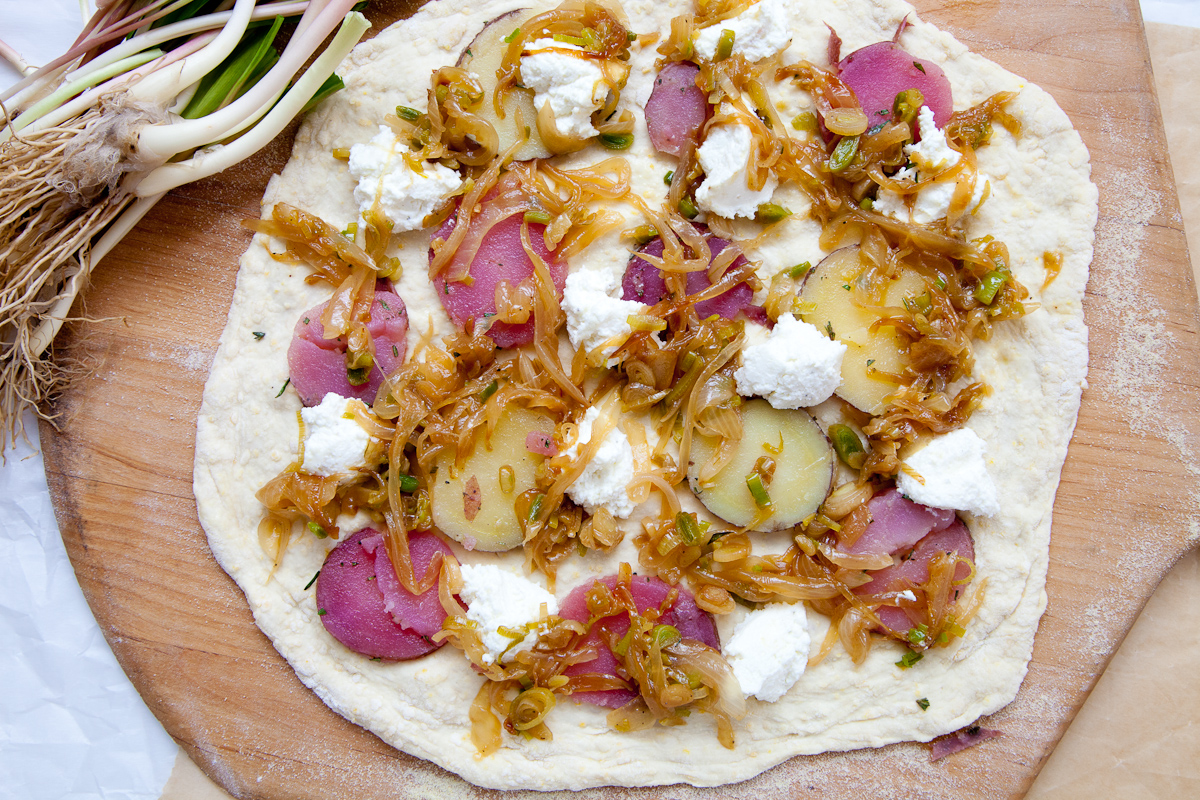 The secret to a good pizza is a completely baked crust, including the crust in the center of the pie.  You should taste the crust, not just the toppings, in every bite.

Make sure the dough is stretched think, show some restraint with toppings, and then use a

very hot oven.  If the dough is too dense or too thick, the crust will be underdone.  If  there’s too much stuff on top or the oven isn’t hot enough, the dough in the middle of the pizza will be soggy and limp.  Ken thinks the safest thing to do is to par bake the crust without toppings for a few minutes just to let it set up, then add the toppings and finish baking.  But if the crust is thin, and you’re careful not to use too heavy a hand, you can simply add the toppings to the raw dough and bake everything together.  That’s what I do.

I love adding some dressed raw greens to pizza.  They taste great, add a little textural pizazz, and you get some salad before you’re too full.

To be perfectly honest, I like the convenience of this crust but I do miss the texture of a kneaded dough. 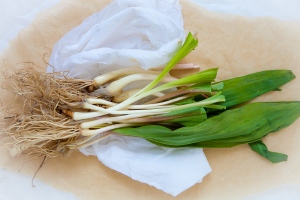