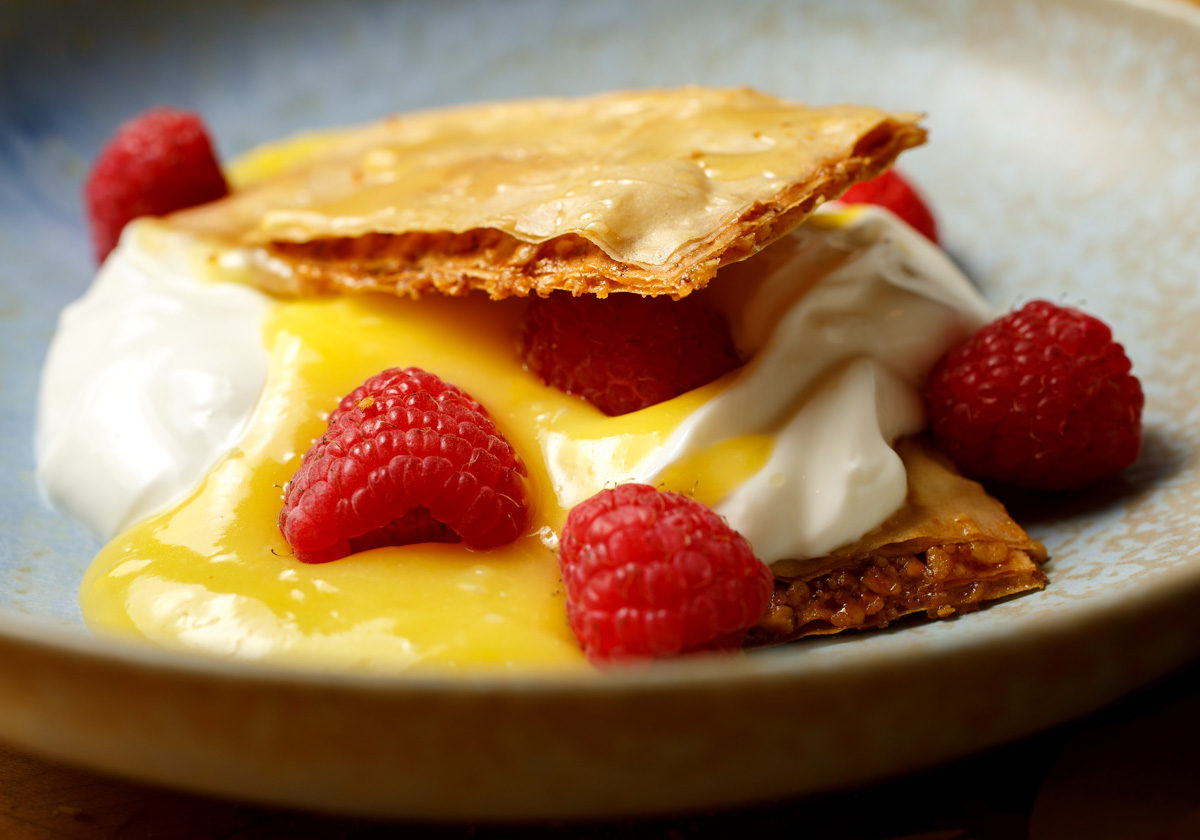 Ceci ce n’est pas un baklava.  Or not quite.  Baklava cookies or baklava biscuits is closer to the mark.  Jody liked wafers, so that’s where we’ll land.  Baklava Wafers with Raspberries, Lemon Curd and Greek Yogurt.  This is an easily assembled dessert of the things you’re most likely to have on hand* –  except for the baklava biscuits, er, wafers.  Until a recent trip to Thessaloniki and Istanbul I would never have considered myself a baklavite.  If a parallelogram of baklava and a double espresso found themselves within mutual reach, perhaps a few times a year, I didn’t object, but neither did I seek them out.  All has changed, alas, since Istanbul, where the baklava is indeed something to write home about.  And bring home, in the form of an obstinate spare tire I seem to have had no trouble smuggling through customs.  Did anyone ever eat half a portion of baklava?  A quarter?  I think not, but these baklava wafers are a lighter indulgence.  You can gussie them up into the full-boat dessert shown here, or you can just eat a couple as an afternoon snack with you espresso.  Either way, this recipe will leave you with plenty of wafers even after the dinner party guests have departed.