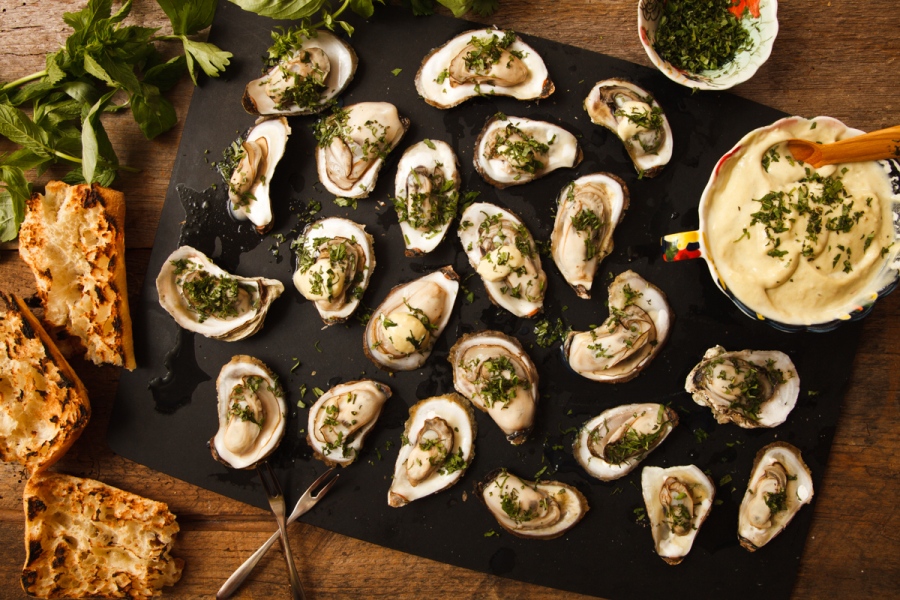 One charmed fall weekend Jody and I were asked to judge the oyster shucking competition at the annual Wellfleet OysterFest.  A free weekend in Wellfleet.  Close proximity to more straight-from-the-ocean bivalves than I could ever reasonably consider eating.  Bring it on.  Watching pros shuck oysters inspires equal parts terror and admiration.  The goal is to shuck a couple dozen oysters as fast as possible.  Winning times are usually around two minutes – that is, an oyster every five seconds.  Chipped shells, mangled oysters, debris and, oh yes, the occasional splash of blood, are all penalized.  Everyone who competes professionally has a story about watching an inattentive shucker putting the the blade of an oyster knife through a palm or the base of a thumb.   And that’s the rub, isn’t it?  As someone who has shucked a fair number of oysters in his life, I still take a deep breath before I do it and I make damn sure I’m paying attention.  Here’s a tasty alternative: Grilled Oysters with Wasabi Mayonnaise.

As a recent presidential candidate might have said, had he been a cook, which seems doubtful: Grilled oysters self-open.